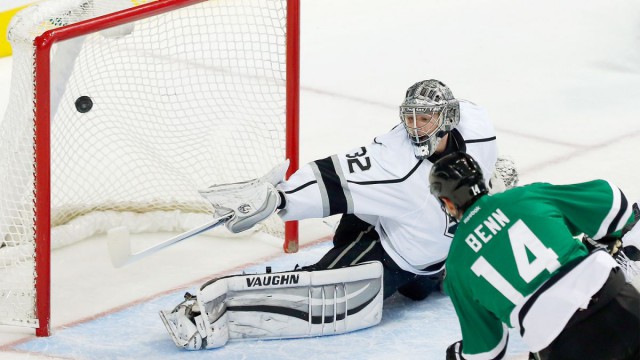 One of our main philosophies is to bet against the public and take a contrarian stance in the sports betting marketplace. During the regular season this strategy includes buying on bad news and selling on good. Bettors should be taking teams that are being widely ignored, coming off a loss while ignoring the hottest teams that make nightly appearances on Sports Center. This logic may seem counter-intuitive, but it makes more sense when you have a deeper understanding of how sportsbooks operate.

Imagine the sports betting marketplace as a seesaw. If too many square bettors load up on one side (typically caused by an overreaction to recent results), oddsmakers will need to even the weight by adjusting the line and encouraging action on their opponent. These shaded lines create added value for contrarian bettors who are willing to go against the grain and take the unpopular side.

For example, we will take a hypothetical situation in which the Pittsburgh Penguins open as -150 favorites against the Nashville Predators (+130). The Penguins feature two of the league’s most prominent players in Sidney Crosby and Evgeni Malkin, and squares are prone to overvaluing star power and high-scoring teams.

If we pretend that 75% of moneyline bettors take the Penguins, oddsmakers would likely be forced to move the line to at least Pittsburgh -160/Nashville +140 in order to encourage action on the underdog and mitigate some of their risk. That means that contrarian bettors would be able to wager on a line that’s been artificially inflated by ten cents based on public perception.

In some instances, the line will actually move against the public betting trends. Let’s take the example above, but instead pretend that Nashville drops from +130 to +120. This is referred to as reverse line movement, and it’s an excellent indicator of sharp money. There are rare occasions in which sharps and squares are on the same side, but typically these instances can be tracked by monitoring steam moves — i.e. sudden drastic and uniform line movement across the entire sports betting marketplace.

Traditionally there have been several criteria that continue to be profitable across all six major US sports. Baseball notwithstanding, home field advantage has been extremely overvalued. Although NHL home teams have gone 7,108-5,682 (54.8%), they actually have a -3% return on investment (ROI) while visitors have been slightly better with a -0.6% ROI.

During the regular season the betting public overwhelmingly takes favorites and overs, which has led to profitability by taking the underdogs and unders. That said, we should note that betting against the public isn’t limited to simply taking underdogs as shown by our 2015-16 NHL Betting Against the Public report.

It’s very rare that a majority of public bettors will take the underdog during the regular season, but there are significant changes to betting habits during the postseason. During the playoffs, the number of bets placed on every game nearly doubles, with much of the action from square bettors. Along with this increase in volume, there are two massive changes from the regular season to the postseason:

Several months ago, we found that favorites receiving no more than 40% of spread bets have gone 14-5 ATS during college football bowl season. Just a few weeks ago, we also found that contrarian favorites have provided tremendous value during the NCAA Tournament. With those results driving our hypothesis, we believed that this trend would continue during the NHL playoffs.

The results were immediately positive, with favorites providing tremendous value during the postseason.

Since the start of the 2005 NHL Playoffs, favorites have earned +22.54 units while underdogs have lost -59.03 units. In fact, over the past decade there has only been one season in which bettors would have lost money by taking all favorites — 2012 when favorites went just 40-46 with -15.17 units lost.

What’s interesting is that most hockey fans tend to believe that the NHL Playoffs are more wide open than any other major sport. One of the most prominent theories is that mediocre teams can ride hot goaltending to the title, and this thought process causes casual bettors to hammer underdogs. The more support these underdogs receive, the more profitable it becomes to take the favorite.

The table below displays how public betting impacts the performance of favorites during the NHL Playoffs.

As you can see, there’s a direct correlation between decreasing public support and increasing profits as evidenced by the return on investment. Based on this data, the optimal range for betting against the public during the NHL Playoffs comes at the 40% threshold where favorites have gone 35-14 (71.4%) with +14.96 units won.

Bet Labs users are able to copy this system directly from our Think Tank to receive all current game matches for this system and many others. Bettors are also able to view the latest odds and trends from our free NHL odds page.