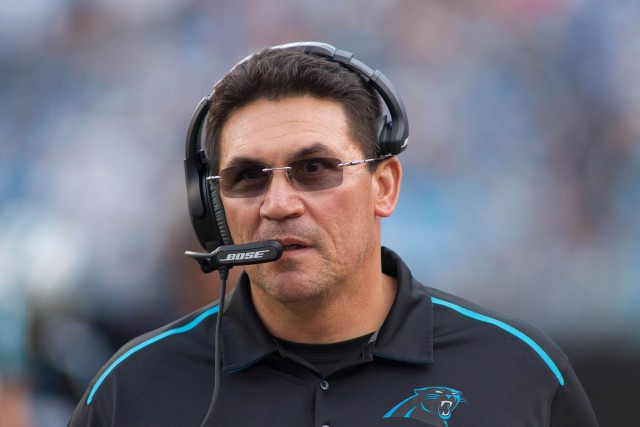 Last year, Carolina’s Ron Rivera captured the league’s highest coaching honor for the second time in three seasons. Prior to the start of the 2015-16 season, Rivera was available at +4000 at 5Dimes and. New England’s Bill Belichick was the preseason favorite at +800.

Early on Wednesday (12/28) morning, Bovada updated these odds with Dallas Cowboys head coach, Jason Garrett, listed as the odds-on favorite. Led by their dynamic rookies, the Cowboys have vastly exceeded preseason expectations and currently boast an NFC-best 13-2 record. Before the season, Garrett actually had much shorter odds of being the first head coach fired (+800) than he did of being named Coach of the Year (+2800).

Over this past weekend, BetOnline posted updated odds for the Coach the Year Award with Garrett still listed as the odds-on favorite at -200. Belichick, who’s seeking his fourth career Coach of the Year Award, has the second best odds at +600.

The table below compares the preseason NFL Coach of the Year odds at Sportsbook.com with the latest odds at BetOnline, Bovada, and TopBet.

The section below was originally published on April 29, 2016

Historically this award has not necessarily been given to the head coach of the best team, but rather the team with the biggest turnaround from the previous season. For that reason, I think that Oakland’s Jack Del Rio (+2500) is one of the more intriguing options.

As I’ve stated on several occasions, I’m all-in on the Raiders this year. In just his second season, Derek Carr emerged as one of the league’s top young quarterbacks, throwing for nearly 4,000 yards with a 32:13 touchdown to interception ratio. They also have one of the league’s most dynamic receivers (Amari Cooper) and pass rushers (Khalil Mack).

We have already seen early sharp money taking the over on Oakland’s win total, which indicates that I’m not alone in my adoration of the silver and black. I’m expecting a significant regression from the Broncos with Mark Sanchez behind center, which makes the Raiders a sleeper candidate to win the AFC West. Considering that the Raiders haven’t made the playoffs since 2002, Del Rio would likely receive heaps of praise if Oakland wins their division.

Which players do you think are offering value? Do you think that Belichick can win in spite of Brady’s absence? Can Riverboat Ron take home this award for the third time in four seasons? Please leave your thoughts in the comment section below.