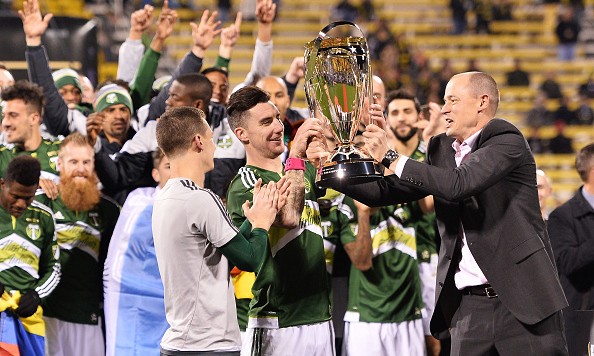 We’ve now reached the semifinals of the MLS Playoffs and neither of last year’s finalists even qualified for the quarterfinals. Toronto FC (+200) and Seattle Sounders (+225) are now the favorites to win it all, and below shows how 2016 MLS Cup odds have changed throughout the season:

Colorado has moved from 80:1 to 3:1 since the preseason while LA had dipped from 5:1 to 7:1 before being eliminated by the Rapids. Perhaps most impressive is the ascension of Seattle, who has moved from 50:1 to +225 in just 3 months.

The semifinals consist of 2-game series’, with each team playing at home once:
Toronto FC vs. Montreal Impact
Seattle Sounders vs. Colorado Rapids

Prior to the season I mentioned that the Revs +3300 and Toronto FC +1900 had some value to win it all. The Revs were hugely disappointing this season and just missed out on the playoffs while Toronto FC is now the team to beat at +200 odds.

Below was published on March 6 before the start of the season:

The 2016 MLS season begins on March 6, 2016 for the entire league, an exciting opening day full of 10 matches. Last season saw the Portland Timbers upset the Columbus Crew as +275 dogs in the MLS Cup Final. Before the season, Portland was listed at +2800 to win the title while Columbus was +3300, showing the parity that the league has long been known for.

The New York Red Bulls and LA Galaxy are the early favorites but it would be naive to completely rule out teams like Houston and Philadelphia towards the bottom. MLS is a league full of parity and it wouldn’t be a shock to see any of the bottom teams make a run at the title.

There are a couple teams’ odds which stood out to me at first glance: NE Revolution at +3300 and Toronto FC +1900. Both teams made the playoffs last season with solid squads and could be improved this year in the wide-open Eastern Conference. I think both New England and Toronto at their current odds are presenting some nice value, and hot starts from either side will see those odds quickly diminish.

Although MLS betting is not as popular as other sports, is it something you’re willing to invest in? Does the parity around the league make you feel more confident in taking a big underdog? Feel free to discuss in the space below.