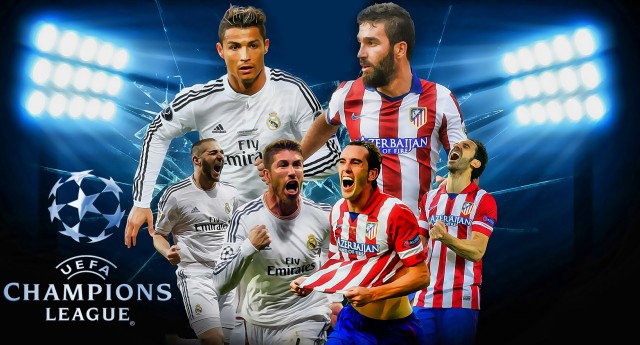 So far three of our contributing sportsbooks have provided betting trends for this game (BetUS, Sportsbook, and 5Dimes) and nearly 70% of the market is taking Real Madrid to win in regular time. This has moved the line on Real Madrid from +158 to +149, but bettors should be careful to note that this is a mix of public and sharp money, rather than sharp money alone. Below shows how the odds on Atlético Madrid have changed at 5Dimes sportsbook:

William Hill in Nevada has also seen similar line movement but different betting patterns. At William Hill, nearly half of tickets and money is being bet on underdogs Atlético but their odds have gotten better, from +200 to +205. This indicates that although the public is betting on Atlético there, the sharper money is actually being bet on Real Madrid. Here’s a table displaying the betting percentages at William Hill:

When these teams met in the 2013-14 final, Atletico were a similar “longshot” to reach the final while Real were one of the favorites throughout. They played to a 1-1 draw in 90 minutes, which means anyone who bet the draw on the 3-way line won. Real Madrid then pummeled Atlético Madrid in extra time, scoring 3 goals to win 4-1.

In this year’s final it should be no surprise to see a low total of 2 goals, as Atlético have arguably the best defensive unit in the entire world. Manager Diego Simeone has been able to get the most out of his players, and they’ve already advanced past teams like Barcelona and Bayern Munich in this year’s tournament. Real Madrid’s Cristiano Ronaldo appeared to injure himself during training this week but is expected to be a full-go for the final on Saturday.

Public bettors will likely continue to take Real Madrid until game time, and we expected the majority of public bets to come in on Real Madrid based on name alone. However, informed bettors will be keen to jump on Atlético Madrid if the odds are right (aka high enough).