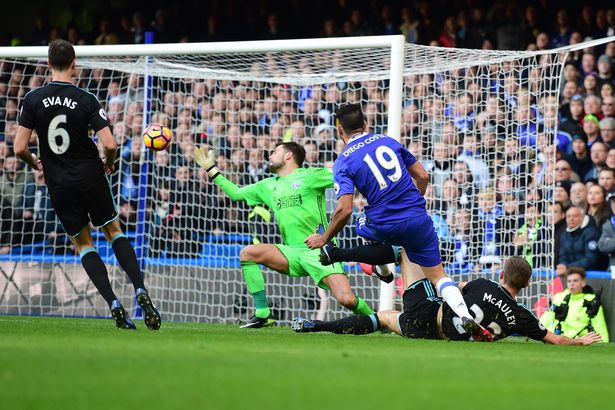 Just two weeks remain in the Premier League season and Chelsea can seal the title with a win Friday at West Brom. Some teams are still catching up on their schedules so you’ll see multiple results from the past week.

Odds are now off the board for Chelsea to win the title, as they can seal it with a win on Friday afternoon at West Brom. Tottenham are 6 points behind and need Chelsea to draw or lose to have any outside chance at the title.

Last week’s value plays went 1-2 but still up +12.30 units on the season. This week the first play will be on Southampton +103 at Middlesbrough. At the time of publication, Middlesbrough were getting nearly 60% of tickets despite being big underdogs. Despite public support, they’ve moved from +277 to +291, and this team has already officially been relegated. Just 1/3 of tickets are on Southampton but there’s been line movement toward them since opening (opened +112, now +103 at Pinnacle). Southampton are actually the odds-on favorite at some sportsbooks, so this is a great chance to take the contrarian favorite on Southampton +103.

The other value play will be a moneyline parlay on Tottenham -139 (vs. Man United) and Man City -402 (vs. Leicester), which pays out +115. Both of these moneylines are getting <50% of tickets despite big favorites, which means I’m fading the trendy dogs again (Man United and Leicester). Both teams are playing at home, a trend that has been highly successful this season.

There’s just one week left in the season after this weekend, but we do provide odds and betting %’s for soccer leagues around the world including MLS, Champions League and Europa League.