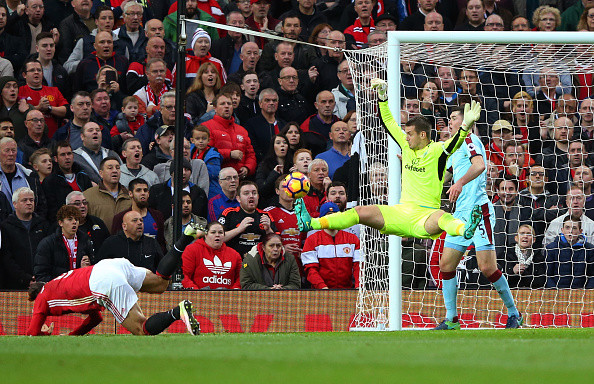 Unfortunately last week Swansea wasn’t able to grab an equalizer at Watford, so our value plays drop to +15.36 units on the season. Week 34 is an abbreviated one since there are two massive FA Cup matches on Saturday and Sunday (Chelsea vs. Tottenham, Arsenal vs. Manchester City).

Would you be excited if Premier League data was included in Bet Labs? You can sign up right here to be a beta tester when available. Bet Labs is our powerful historical database that allows anyone to easily create profitable betting systems using years of data.

I’ve only got one play for this short week, and it’s on Middlesbrough +350 at Bournemouth. Unfortunately this pick isn’t strictly betting against the public, as Middlesbrough are actually getting just over half of early moneyline tickets. However, there has been line movement on them from +376 to +350 at Pinnacle, and +355 to +335 CRIS. I was also really encouraged to see Middlesbrough’s effort at home on Monday against Arsenal, a game they really should have earned a point in. They’re still in a relegation battle but this is a winnable game, and I like the way this team has been playing. Middlesbrough have just 1 win in 16 away matches this season, but only a -10 goal differential, meaning they’re usually in tight games and they don’t get blown out on the road. Lots of good signs are pointing towards a big Middlesbrough win on Saturday, so grab them at +350 odds or higher.

As always, our Premium and Pro members can see all this data including opening lines, current odds, betting percentages and more.