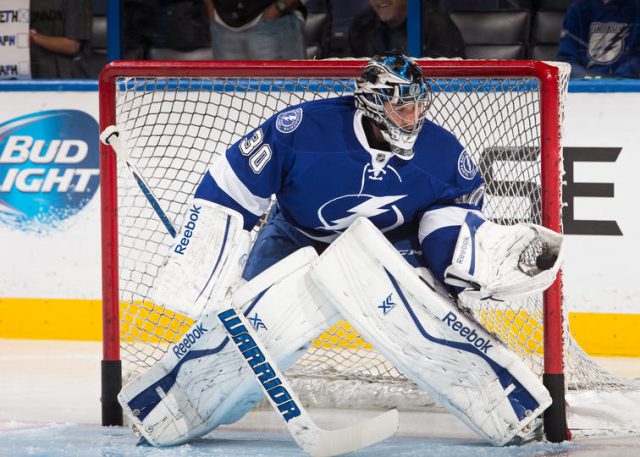 Sports Interaction, one of Canada’s most well-known sportsbooks, has posted their odds for most of the NHL awards for the upcoming season. With the season set to start just one week from today, we take a look at how the Canadian oddsmakers expect the hockey season to shake out. For a more detailed look at the Hart Trophy odds, click here.

The Art Ross Trophy is given to the league’s top scorer each year. Since there’s no voting or judgment with this award, all you have to do is take your best guess at who will score the most points. To nobody’s surprise, Sidney Crosby is listed as the favorite at +200. In the past three seasons, Crosby has scored 104, 84, and 85 points, respectively. He is a safe bet, but the payout isn’t great. If you are looking to take a long-shot, Johnny Gaudreau provides terrific value at +3200. In his sophomore season last year, Gaudreau scored 78 points in 79 games. His Patrick Kane-like skills should allow him to improve upon that total in his age-23 season.

The Calder Memorial Trophy, or rookie of the year, has a clear-cut favorite in Auston Matthews. Matthews, listed at -160, is this year’s Connor McDavid and has a similar situation on a rebuilding Maple Leafs team. Last year, a relatively unknown player named Artemi Panarin quickly made headlines playing alongside Patrick Kane and eventually earned himself the Calder by amassing 77 points. Some of these players could be risky picks since there’s no guarantee they will even play in the NHL for the entire season. However, the last player listed, Jesse Puljujarvi, is a smart risk to take at +1500. This year’s 4th overall pick could play alongside one of three very talented centers (McDavid, Nugent-Hopkins, Draisaitl), which gives him a good chance at racking up some goals.

The James Norris Trophy is given to the league’s best defenseman each season. While it is up to the voters to determine how they define “best defenseman”, the winner is generally a key contributor in the offensive end, as well. That being said, it makes sense that Erik Karlsson is the favorite at +290. Karlsson, who has won the award twice, finished with 82 points last year. Last year’s winner, Drew Doughty, edged out Karlsson in the voting for his first Norris. He is listed at +600.

The two franchise defensemen that swapped homes this summer, PK Subban and Shea Weber, both have less than 10/1 payouts, but given the uncertainty of how they will transition to their new teams, I would stay clear of both. One long-shot I like is John Klingberg, who finished 6th in the voting last year. With elite forwards like Jamie Benn, Tyler Seguin, and Jason Spezza playing in front of him, he will get the chance to put up a bunch of points, especially on the power play. And at +2500, he certainly provides great value.

The Rocket Richard Trophy, like the Art Ross Trophy, is a non-voting award that is handed to the league’s top goal scorer. Alex Ovechkin has won the award four straight times and is favored again this season at +200. Like Crosby with the Art Ross, Ovechkin is a relatively safe bet to make. He consistently takes around 400 shots each season and given his shooting percentage, that should result in approximately 50 goals. The question is, will anybody else be able to reach 50 this year? To score 50 goals, you need to take a ton of shots, and the forward closest to Ovechkin’s total of 398 last year was Max Pacioretty at 303. Tarasenko, Kane, and Seguin were also relatively close to 300, so if you feel that one of them can get that total closer to the 350 mark, they should be able to compete with Ovechkin.

The Vezina Trophy, or league’s best goaltender, has probably been the most inconsistent trophy in recent history. Over the past ten seasons, eight different goaltenders have won it. Last year, Braden Holtby ran away with the award, receiving 26 of 30 first place votes. He is listed second on SIA’s odds list to Carey Price, the previous year’s winner, who missed most of last season due to injury. The big question is whether Price will come back as the same player that he was in the 2014-15 season. I don’t believe that he will. One goalie that I like is Ben Bishop at +750. Bishop has a 2nd and 3rd place finish to his name and could finally bring home the hardware this season if he continues to put up good numbers. The Lightning are also expected to be one of the top teams in the league, which is very helpful when it comes to the Vezina voting.

Be sure to bookmark our NHL Free odds page so you can track and monitor lines and percentages all season long: sportsinsights.com/free-nhl-odds

Purchase a Sportsbook Insider PRO membership and get NHL picks, contrarian plays, dollar percentages and bet signals, along with a fully customizable live odds page, line watcher, line predictor, the number of bets on every game, and more.

If you have any thoughts or questions, feel free to reach out to the Sports Insights staff by utilizing our live chat feature, commenting below, or emailing us at help@sportsinsights.com