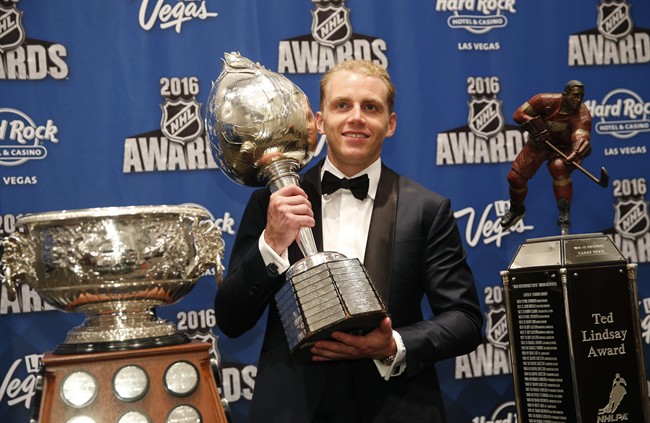 The NHL season starts just one week from today and BetOnline recently posted their Hart Trophy odds for the upcoming year. The Hart Trophy is given annually to the league’s most valuable player and was awarded to Patrick Kane of the Chicago Blackhawks last season after he led the league in scoring by a commanding 17 points.

Due to legal troubles relating to rape accusations, Kane didn’t have preseason odds to win the Hart last year. After the charged were cleared, he ended up running away with the award, receiving 121 out of 150 possible first place votes. The reigning winner currently has the second best odds to win at +600.

As he was last season, and likely the past several seasons, Sidney Crosby is the preseason favorite to win the award. Crosby had a slow start last year, but finished the year on a tear, ultimately leading the Penguins to the Stanley Cup. Crosby finished second in the Hart voting last year and has won the award twice in his career.

Two more players have odds below +1000, one of which comes as a mild surprise. Despite their wildly different situations, Alex Ovechkin and Connor McDavid are both listed at +800 to win the Hart Trophy. Ovechkin, who has won the award three times, just turned 31-years-old and will be leading a Capitols team that is expected to have one of the best records in the league. On the other hand, McDavid, just 19-years-old, is hoping to help a young Oilers team make the playoffs for the first time since the 2005-06 season in which they fell in Stanley Cup Final.

Ovechkin is coming off a 50-goal, 21-assist season in which his team had the best record in the NHL. However, his efforts were only good enough for a sixth-place finish in the Hart voting.

McDavid broke his collarbone during his rookie year and only managed to play in 45 games, but was very impressive in that time, scoring 48 points. His 1.07 points per game ranked third in the league behind Patrick Kane and Jamie Benn, the top-two scorers in the league. If McDavid can come close to 100 points this season and help the Oilers to the playoffs, he will definitely earn himself consideration for the Hart.

One name I like further down the list is Steven Stamkos at +1800. Stamkos is coming off of a down year by his standards (36 goals, 64 points), but is still just 26-years-old. Stamkos has a shot at 50 goals every season and should once again help the Lightning to one of the top spots in the Eastern Conference. At an 18/1 payout, Stamkos certainly provides value given his track record.