Who Will be the Next Boston Bruins Head Coach? 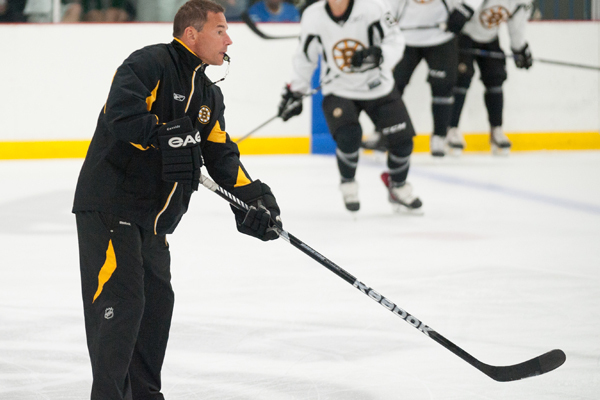 Who Will be the Next Boston Bruins Head Coach?

Early Tuesday morning, as most of Boston sports fans were getting ready to watch the Patriots roll through the city on their Duck Boats, the Bruins announced the firing of their long-time head coach, Claude Julien.

Julien, who was the longest-tenured coach in the NHL before being fired, had been on the hot seat for the past year or so. The Bruins are headed towards their third straight non-playoff season after being an annual Stanley Cup contender.

So what is next for the Black and Gold? For the interim, assistant coach Bruce Cassidy will take over the role. Cassidy coached the Washington Capitals for a season and change back in the early 2000s before a long stint in the minor leagues. For the five seasons prior, he coached the Providence Bruins, Boston’s AHL affiliate.

Just because he is the interim coach doesn’t mean he will take over for good, though. The next couple of months can essentially be viewed as a tryout for Cassidy. If the Bruins play great and push for a playoff spot, there’s a good chance Cassidy will be back next season. If they continue to falter, the Bruins may look elsewhere for a replacement.

Bovada has posted odds on who will be the next skipper of the B’s. Cassidy tops the list at +160, but there are several contenders close behind him.

At +200, Gerard Gallant is nipping at Cassidy’s heels. Gallant, a former NHL power-forward, coached the Panthers to an Atlantic Division title last season but was surprisingly given the ax after a so-so start this year. With 23 points in 22 games, the Panthers weren’t doing that bad — especially considering the injuries to some key players. Gallant won’t be unemployed for long.

Ken Hitchcock, who was just fired by the Blues, is next at +400. Hitchcock is fourth on the NHL’s all-time coaching wins list and has one Stanley Cup under his belt. However, at age 65, Hitchcock may not be the answer. First off, he may not want to take the challenge of reviving an original-six franchise in a city with harsh fans and media. Even if he was up to the challenge, the Bruins may want someone younger who has the potential to coach for the next decade like Julien did.

Also at +400 is Nate Leaman. Leaman has no NHL coaching experience but does have an impressive NCAA coaching resume. Two seasons ago, he led Providence to a National Championship and won Coach of the Year. He could be ready for a shot in the NHL.

The rest of the names on the list are college coaches with the exception of Kevin Dean, the current Providence Bruins Head Coach.