Whether it's due to the meteoric rise of fantasy football, hyping of the sports media or the incredible popularity of football in general, public money from casual bettors dominates the NFL betting market. These bettors... 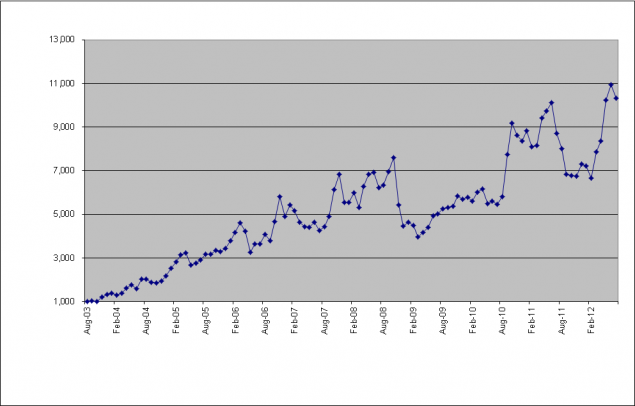 In MLB
By PJ Walsh

Since 2005, Major League Baseball has arguably been the best sport for Betting Against the Public and the first half of the 2012 season was certainly no different, earning bettors +26.55 units.

Contrarian methods in the sports investing marketplace continued its winning ways, with broad-based gains in the Sports Investing Index. The Index has now posted three winning months in a row, capped off with a strong +22.7% showing in May.

When Albert Pujols signed a ten-year deal with the Angels this offseason worth a whopping $254 million, fans and analysts alike forecasted that Los Angeles would cruise to the top of the AL West standings. Ditto for Prince Fielder who, after signing a nine-year, $214 contract with Detroit, figured to team with Miguel Cabrera for the best one-two punch in baseball.

Pujols has hit just two home runs, and the Angels are already seven games back of the Rangers with a 17-21 record. On the flip side, the Tigers are a game below .500 despite respectable production from their new first baseman (.293, 5 HR, 20 RBI). In fact, both of these teams have been amongst the best teams in baseball to bet against.

We’re now over a month into the season and five teams’ early-season struggles have provided significant value for contrarian bettors.