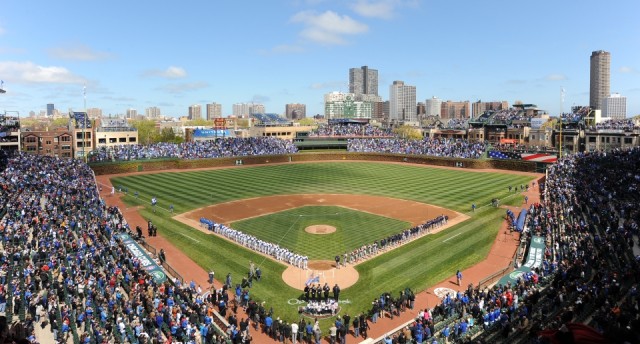 Below was previously published in the preseason of 2013:

For sharp bettors, betting baseball can be very profitable. With a 162 game season and many explicitly defined statistics, data analysts have more information at their disposal than any other sport. But what’s the best part about the return of betting baseball? How about afternoon games to keep us occupied throughout the workday.

Unlike other sports where games begin at 7PM Eastern time at the earliest, there are typically games with early start times consistently throughout the week. While that’s great for entertainment value, our goal was to determine whether we could find any profitable trends involving day games. To do so, we launched our Bet Labs software and began our quest.

The first step we took was to focus on day games by selecting the “time of day” filter and choosing a range between 11AM and 6PM. Our initial assumption was that underdogs would perform better during day games, but in fact there was no edge here. Next we looked to see whether home field advantage, as detailed in our MLB betting preview, would continue to be undervalued.

Spoiler Alert: It was.

Since the start of the 2007 season, home teams have gone 3,740-2,996 with +61.72 units won and a 0.9% return on investment (ROI). Although that number may not be eye-popping, the fact that such a simple factor had been profitable with such a large sample size proved to us that there really was an edge to be had in betting baseball afternoon games.

Our next task was to begin layering filters in an attempt to boost our expected return on investment without seeing our units won wane significantly. By simply adding the “conference” filter, we were able to weed out all interleague play games and this resulted in an increase in units won (74.49) as well as ROI (1.2%). Still, it would be unlikely that many individuals would bet every game that fit this system — after all, there are a total of nearly 6,000 past results.

From our years of research, we have discovered that underdogs performed better in games with a high total (also known as the over/under).  We were curious as to whether or not home teams in day games would also benefit from similar high-scoring games. It turns out, that when you focus solely on betting baseball games where the total is at least 9, the units won remains almost unchanged (+65.8) while the ROI jumps to 2.2%.

If you’ve searched through our site before or read this blog consistently, you know that we preach a contrarian approach — but that isn’t limited to solely betting against the public. Really, a contrarian approach involves buying on bad news and selling on good. It’s a simple approach, but you would be surprised at how quickly bettors will jump off a bandwagon due to the narrative told by ESPN or other media outlets. If a team performs well, they are often declared to be one of the greatest ball clubs ever assembled. If they stumble? Well then you may be watching a historically anemic team. This constant use of hyperbole can alter the psyche of sports bettors and often helps create additional value on teams with losing records.

To utilize this, we examined what happens when a team’s winning percentage is between 0 and 40% (keep in mind that the winning percentage reflects the teams record at the time, so an 0-1 team would be viewed as having a winning percentage of zero). We found that by adding this filter, our number of results plummets but the ROI soars. In 467 games fitting these criteria, the home team has gone 261-202 with 58.78 units won and a 12.7% ROI. The results graph below, taken from Bet Labs, shows how this system has consistently performed since 2007.

As you can see, this system has been historically profitable and includes a 2-1 start to this season. Although there are no current game matches, we encourage you to check out our MLB Betting Trends page to see the latest odds and public betting data.

Although our initial belief that underdogs would perform well during day games was not confirmed, we continued to see great value on MLB home teams — especially when that team also has a losing record. Are there any filters you would like to see applied here? Would you like to create your own betting system? Please leave any questions or comments below or simply contact us.

7/7/16 Update: Since this article was initially published in April 2013, the featured system has continued to be profitable for bettors. The table below displays the yearly breakdown over the past four seasons.

Although this system produced negative returns during the 2013 season, it has earned +15.85 units since the article was originally published. That means $100/game bettors would have earned $1,585 by betting every current game match.

An article from earlier this year showed the importance of walk rate for starting pitchers, and I wanted to see whether this addition could be applied to when betting day games. In fact, by eliminating all wild pitchers (defined by a walk rate of more than 9%) I was able to improve the systems ROI from 11.8% to 18.1% with minimal impact to the overall units won.

Bet Labs users can copy this system from the Think Tank to receive email/text alerts for all current game matches. Not a member? Sign up for a 6-day Bet Labs trial to start creating data-driven betting systems for MLB, NFL, NBA, NHL, NCAAF, NCAAB, WNBA and CFL.

Betting Against the Public – NFL Totals

2013-14 NHL Betting Against the Public Report

Although it may not...