How do NHL Replacement Coaches Perform? 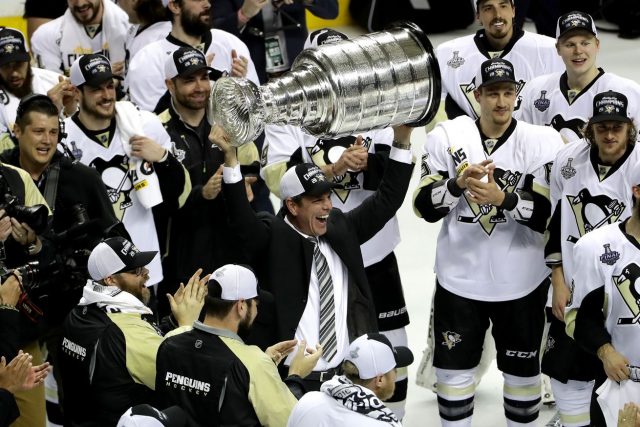 How do NHL Replacement Coaches Perform?

Sidney Crosby and Evgeni Malkin may be the best two players of the past decade. However, despite having these two superstars and numerous other stars over the past several years, the Penguins had been held without a Stanley Cup since the 2008-09 season. That changed last year when Mike Sullivan (I washed his golf clubs once, true story) took over for Mike Johnston after a so-so start was deemed not good enough by the big-wigs in Pittsburgh. The Penguins played great down the stretch and ultimately beat the Sharks in the Stanley Cup. Oddly enough, the Penguins team that won back in 2009 was also led by a mid-season replacement coach.

This season, four head coaches have already gotten the heave-ho with Claude Julien being the most recent. What should Bruins fans expect? While the Bruins aren’t exactly as good as the Penguins were last season, they’re also not tanking anytime soon. Right now, it appears that every team except the Panthers are pretty happy with their coaching change. Considering how tight the standings are, all four teams could easily make the playoffs and unlike the NBA, it’s fairly common that you see a low seeded team reach or win the Stanley Cup.

In the table below, you’ll see each coach, their record (counting OT and SO losses as a normal loss since this is gambling focused), and the amount of units you’d have won or lost if you bet on them every game.

Not too shabby, eh? All four of these teams had high hopes for this season and none of them were pleased with the way their season had been going. The Panthers firing of Gerard Gallant seemed a bit premature and it would seem that they are regretting that choice so far. The other three teams have appeared to have gotten a spark with their new coaches (small sample sizes aside).

So, is this how it always works? Does firing a head coach turn a team’s season around, or should you expect them to play essentially the same as they had before the coaching change?

I’ve gone ahead and taken a look at every NHL mid-season coaching change since the 2005-06 season to see how the teams were doing before the original coach was fired and how they did the rest of the season. Excluding the four from this season, 45 teams have axed their coach midway through the season and two teams have had three coaches during the season.

As we can see, the coaches that were fired were, in general, terrible. From a gambling standpoint, betting on them would have resulted in close to a -20% ROI, which is a feat in itself. Just as a guideline, if you had bet on each team, every game, for the past decade, you’d end up at about a -2% ROI.

Seven of the coaches that were fired had winning records at the time and only one was profitable (Randy Carlyle, 2014-15 Toronto). On the flipside, nine teams were more than 10 units in the red at the time they fired their coach. Edmonton’s Dallas Eakins was the worst at -15.8 units at the time of his firing.

If we look at the replacements, we see wildly different results. As a whole, their winning percentage is about 6% higher than the coaches they replaced. Their ROI essentially returns to the average of -2%.

34 of the 45 teams had a better winning percentage with their replacement coach, which means that 75% of the time, firing the coach is at least a short-term improvement. Strangely enough, that same 75% rate has applied to the four teams that have fired their coach this season.

17 of the 45 have actually had records over .500, while 20 have been profitable. While 75% of the replacements have helped their team become “better”, only about half of those teams have actually been “good”. Obviously some of these teams would have been cellar-dwellers no matter who was behind the bench so some of the blame has to be put on the players rather than the coach.

A handful of these teams have gone on to make the playoffs and as you’ll see, they’ve had quite a bit of success.

Three of the 11 Stanley Cups won in this sample size have been won by replacement coaches. 16 teams make the playoffs each year, making a total of 176 playoff teams over the past 11 seasons. Only 17 teams with replacement coaches have made the playoffs, which is essentially 10% of the total. With that being said, statistically, you’d expect maybe one of those teams to win the Stanley Cup, not three.