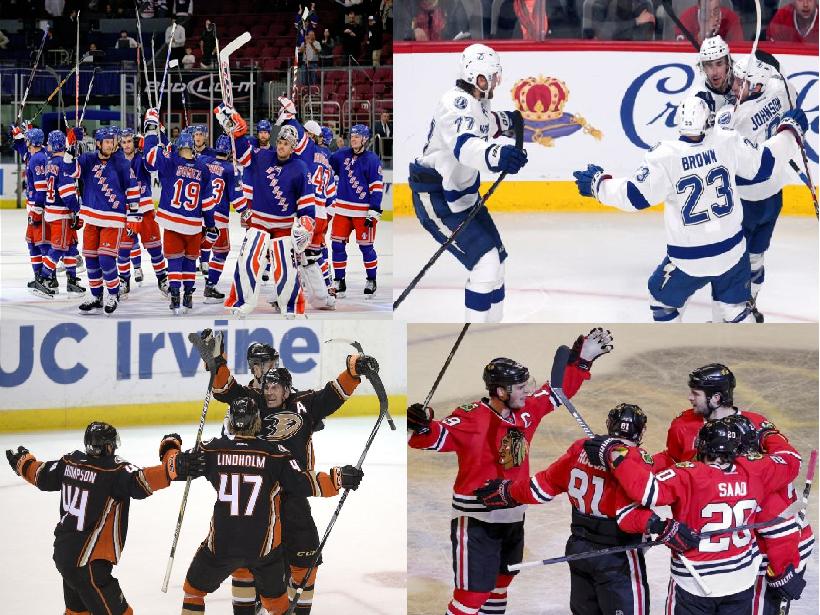 Both the Western and Eastern Conference Finals have extended to 7 games in the same year for just the third time in NHL history (1964, 2000). On Friday night the Rangers will take on the Lightning in New York and Saturday night the Ducks will look to close out the Blackhawks in Anaheim.

Something that we’ve focused on over the last couple seasons is the lack of goals in Game 7’s. Unders are now 21-14-7 since 2005 in these series-clinching games and we’ve highlighted potential factors before: In addition to teams possibly being more focused and defensive-minded, referees historically call fewer penalties in Game 7 of a series, which on average results in fewer power plays and goals. The total for this year’s Eastern Semifinal Game 7 between the Capitals-Rangers was 4.5 but with both of these games listed at a total of 5, there’s potentially value on the under.

Stanley Cup Odds throughout the season:

It’s interesting to note that the Rangers have been the Cup favorites at most points over the last couple months, but the Ducks, Blackhawks and Lightning all had better odds of winning the Cup throughout the season.

You can keep up with all the latest odds and trends at our Free Live Odds page, where you can also sign up for our newsletter to be alerted whenever a new blog post is published.