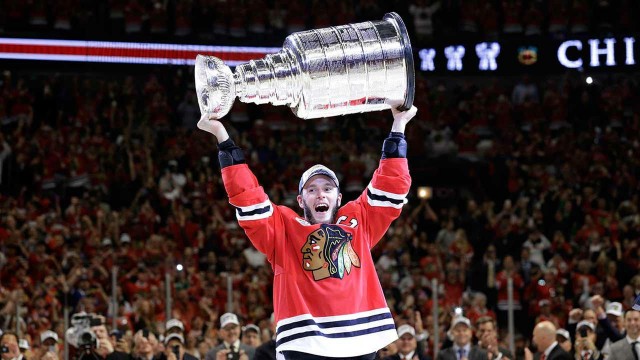 The 2015 Stanley Cup Final wrapped up on Monday (6/15) night with the Chicago Blackhawks defeating the Tampa Bay Lightning 2-0 en route to a 4-2 series win. The victory gave Chicago their third Stanley Cup in the past six years and perhaps solidified their claim as the major sports newest dynasty.

While most fans in the Chicago area will be celebrating for months to come, sportsbooks haven’t waited to look ahead to next season. Last night the prominent offshore oddsmaker Sportsbook.com posted Stanley Cup Futures and Conference Odds for all thirty NHL teams.

Throughout the off-season, these futures fluctuated tremendously due to player movement via trades and free agency. It’s nearly impossible to predict which players are truly on the trading block, but some of the top unrestricted free agents include: G Devan Dubnyk, C Mike Ribeiro, D Mike Green and D Cody Franson.

The table below examines the current Stanley Cup and Conference Futures at Sportsbook.com and will be updated throughout the off-season.

With a new general manager in place, bettors can expect that the Toronto Maple Leafs to be active during the off-season, and their future prices could potentially be volatile. Potential trade candidates include:

Are there any Stanley Cup contenders that you think are being undervalued? Can the Blackhawks repeat as champions? Feel free to leave your comments in the section below.