Biggest College Basketball Moneyline Upsets from the Past Decade 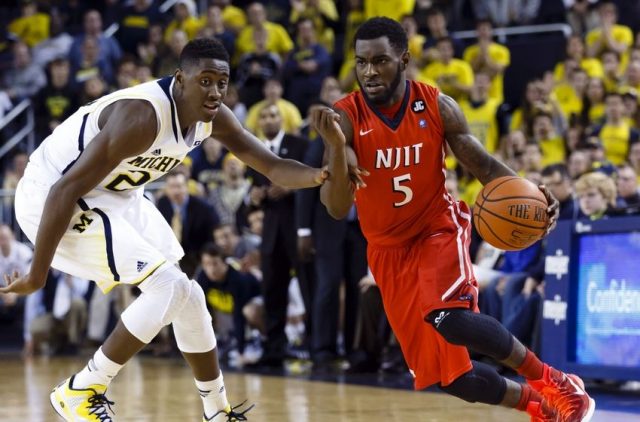 Biggest College Basketball Moneyline Upsets from the Past Decade

College basketball fans love rooting for the impossible. Perhaps that’s because there’s no other sport that provides so many large and improbable upsets. Every year there are several small schools that seemingly come out of nowhere to defeat national powerhouses. During March Madness, this infatuation with the Cinderella story is amplified exponentially.

When most fans think about the greatest upsets in college basketball history, they immediately visualize the 1982 showdown between the top-ranked University of Virginia Cavaliers and the Chaminade Silverswords — a National Association of Intercollegiate Athletics (NAIA) member. Virginia was led by 7’4″ center Ralph Sampson, the three-time Naismith Award winner as the National Player of the Year. Conversely, Chaminade’s basketball program was only in its eighth season of existence.

Virginia was coming off an 11-point win against Patrick Ewing and Georgetown, known by many as “The Game of the Decade,” in which Sampson scored 23 points with 16 rebounds and 7 blocks. Although there was no line for their matchup against Chaminade, Virginia would have likely been favored by at least 30-points. Defying all logic, the Silverswords won 77-72 in college basketball’s biggest upset of all-time.

It’s worth noting that sportsbooks rarely offer moneylines in games with huge point spreads. Sometimes it depends on the matchup and what type of action oddsmakers are expecting, but most books stop offering moneylines when the spread is greater than 20-25 points.

Consistently taking large moneyline underdogs is a losing proposition, as the juice makes it nearly impossible for bettors to have long-term success. Since the start of the 2005 season, we have tracked just over 1,000 games with a closing spread of 20+ points. In those games, the underdog has gone 14-1047 (1.3%) straight up.

The table below displays the biggest moneyline upsets in our database using the closing line at Pinnacle.

All ten of these games featured road underdogs, with nine teams playing against non-conference opponents. The lone exception was Boston College, who closed as 22-point underdogs against top-ranked North Carolina — their ACC rival.

Casual bettors typically overvalue home-court advantage, so there’s rarely value picking home teams to pull off the unlikely upset. In fact, we have only tracked one upset involving a home underdog of +1500 or greater — ironically involving North Carolina as well. Back on February 2, 2007, NC State (+1640) defeated UNC by 4-points.

Some bettors may be surprised to see there’s not a single March Madness game listed, but there have been several noteworthy upsets. My research found that six underdogs of +800 or greater have won a tournament game since 2005, all of which occurred in the Round of 64.

It’s common for casual bettors to be tempted by the possibility of a massive one-time payday. The truth is that sportsbooks understand this tendency and charge increased juice on these massive moneylines in order to help minimize their risk. That’s especially true given the public’s tendency to pound large underdogs in the hopes of getting lucky on a 25/1 long shot.

Confirmation bias is a serious problem for many novice bettors, who tend to only recall information that reaffirms their preexisting beliefs. Don’t fall into this trap. These types of improbable upsets will happen from time to time, but not frequently enough to justify chasing that big payout.