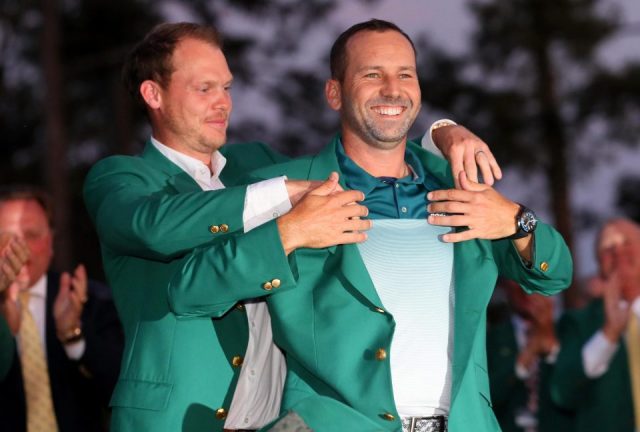 In Golf
By Mark Gallant

Just one day removed from the final golf major of 2017, the Westgate Superbook in Las Vegas has already opened odds for next year’s Masters.

The top-tier consists of Jordan Spieth, Dustin Johnson, and Rory McIlroy — the second, first, and fourth ranked golfers in the world, respectively. Spieth is the only one of the three to win the tournament, but also had an epic Augusta collapse when trying to repeat in 2016. Johnson and McIlroy have yet to crack the top-3 at the Masters.

At 15/1 a piece, Hideki Matsuyama, Jason Day, and Rickie Fowler make up the second tier. Matsuyama, the 2nd ranked player in the world, finished tied for second in the PGA Championship — his best finish in a major. Jason Day is the only golfer of the three with a major victory and finished the 2016 season as number one in the world, but has had a disappointing 2017 season.

You’ll notice that Tiger Woods has 100/1 odds which are the same as the 11th ranked golfer in the world, Alex Noren. Woods has been looking for major number 15 since 2008 and hasn’t won a green jacket since 2005.

Check back as we get closer to the tourney for updated odds, staff picks, and prop bets.