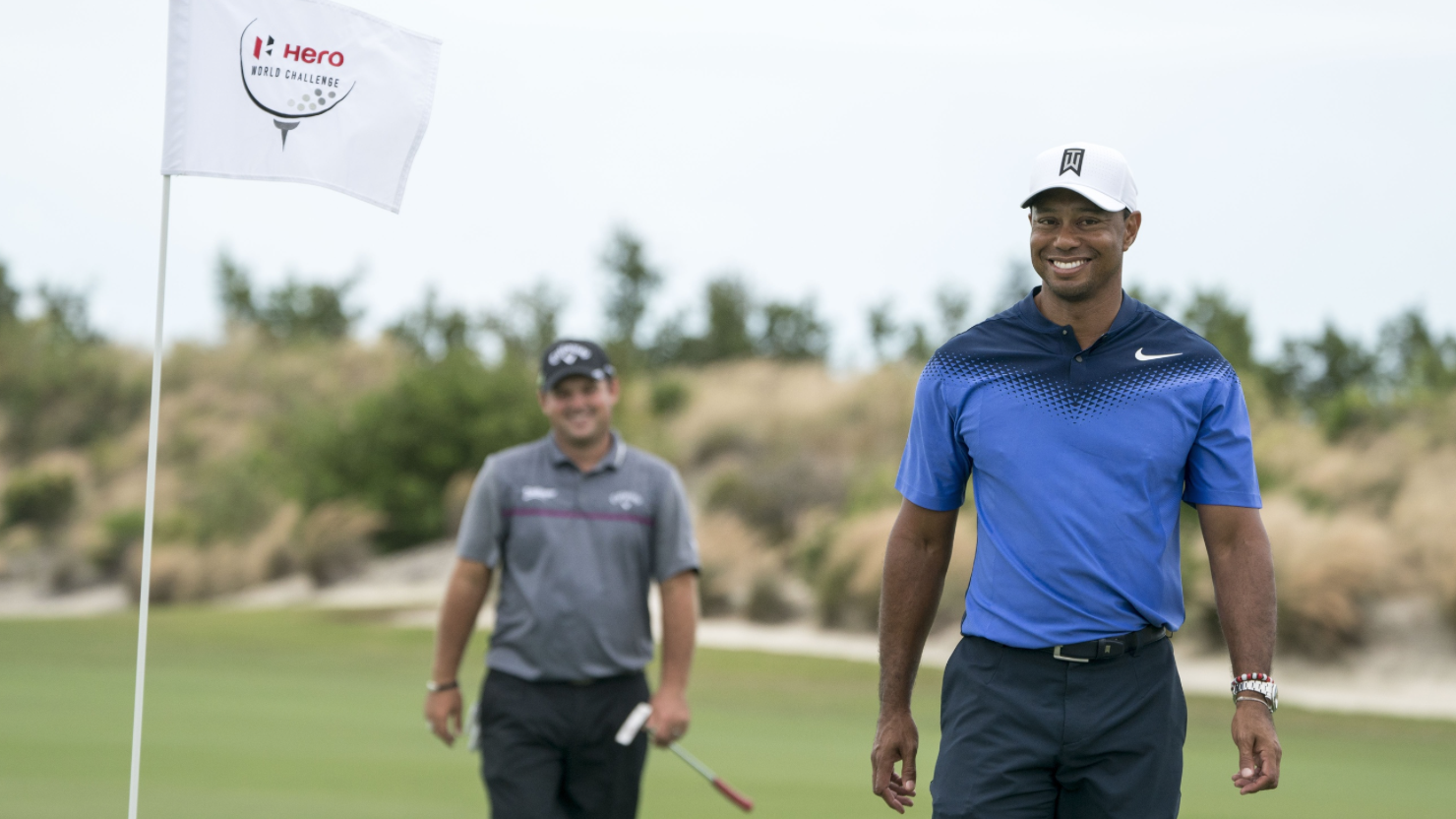 In Golf
By Action Network Staff

For all the talk about golf’s young stars, Tiger Woods is still the axis on which the sport spins.

Don’t believe us? As Woods ends his 10-month hiatus this week at the Hero World Challenge, Scott Cooley from Bookmaker.eu had this to say: “We’ll write as [many tickets] on this tournament, between the odds, props, and matchups, as we have in the past three tournaments [combined].”

So we culled together our brightest golfing minds at The Action Network to give you the Hero World Challenge betting preview we were quite literally born to write.

Players to target, Tiger props to pass and play, DFS studs, and a whole lot more … Dig in, folks, because the Big Cat could WD at any time (kidding, we hope).

Woods comes into the 18-player field at 33-1 (per Bovada), the longest odds on the board along with Kevin Chappell and Charley Hoffman. It would be hard to justify backing Woods in this caliber of field at any number after such a long hiatus.

Rickie Fowler (8-1): This is my top play; he’s notched a pair of third-place finishes in two starts at this course. He also comes in with good form, finishing in second place at the OHL Classic. I got him at 11-1 earlier.

Brooks Koepka (9-1): Koepka is also playing well, winning in Japan at the Dunlop Phoenix Open a couple of weeks ago on the heels of a second-place finish at the WGC event in China. I was also able to grab him at 11-1 before his odds went down.

Those will be my only two plays this week, but for anyone just jumping in, Patrick Reed at 20-1 in this small of a field is worth a look. He played well on this course a couple years ago, finishing second behind Bubba Watson in 2015. — Joshua Perry

Woods birdie or better on the first hole (+400): This is the most interesting prop for me. Looking at the hole itself, it’s a 423-yard Par 4 that requires a good drive to set up a short iron into an elevated green. The hole didn’t present much of a challenge in 2016, with 25 birdies compared to just two bogeys recorded in 69 rounds. Woods birdied the hole in the second and third rounds a year ago. Overall, this hole yields a birdie far more often than a 4-1 rate, so there appears to be good value. The only thing to consider would be some nerves or maybe a little rust on that first shot, which could put him out of position.

Woods to finish last (+330): If you think Woods is just going to flame out then this is your play. He has the longest odds in the field, and he’s the only player who hasn’t competed in the past month, so he’s likely to struggle at times. But I think he cares far too much about playing well, while there are a lot of other plays who may phone it in after a long season. I’ll be targeting Tommy Fleetwood for this play at 11-1. Fleetwood has been solid all season and won the Race to Dubai. But after a grueling year and playing a week ago in Hong Kong, Fleetwood might be the player most in need of a vacation. I expect him to play like it. — Joshua Perry

Tiger Woods ($6,500): Because of his elite birdie-making ability, his popularity among most DFS players, and his $6,500 salary (fourth-lowest in the field), Tiger will likely be one of the three highest-owned golfers in guaranteed prize pools (GPPs).

Francesco Molinari ($6,600): One way to find value plays in our Models is to leverage our Longterm Adj Rd Score metric. Molinari checks in with the eighth-best LT Adj Rd Score (68.6) and the fifth-lowest salary this week. His run of six straight made cuts includes three top-20 finishes. He is making his debut at this event this week.

Henrik Stenson ($7,800):  The No. 1 rated player in CSURAM88’s Model, Stenson finished second at the HSBC Champions in late October and was 35th in the European Tour’s Turkish Airlines Open earlier this month. Stenson is tied for fifth with his 68.4 LT Adj Rd Score and ranks fourth with his 15.8 LT Adj Bird Avg. Henrik has been this event’s runner-up in his past two appearances.

This is the 13th time Tiger has been listed a 30-1 or higher to win an event since 2008. Here are his finishes in those events:

Woods’ fall has been swift and stark: He used to regularly tee it up as a 2-1 favorite, but his pre-tournament odds haven’t been better than 10-1 in nearly four years, at the 2014 Honda Classic.

Fifteen of the 17 other golfers in this field have better odds than Tiger, according to Bovada. The combined career majors of those 15 players? Eight, compared to Woods’ 14. — Evan Abrams