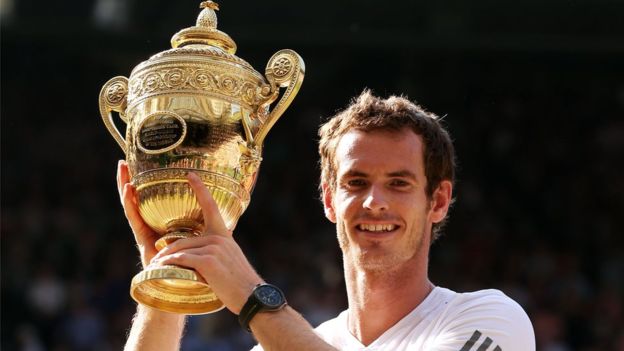 In Miscellaneous
By Dan McGuire

The 2017 Wimbledon Championships will mark the 131st playing of this tournament, starting on July 3rd and ending July 16th. Last year Andy Murray (+320) won on the Men’s side, defeating Milos Raonic in straight sets. Serena Williams (+150) defended her title by beating Angelique Kerber in the final, also in straight sets. Unfortunately Serena (pregnancy) won’t be back for a three-peat, but Murray is one of favorites and should be in the mix despite battling a hip injury. Here’s a look at previous winners with their consensus pre-tournament odds:

And here’s a look at the odds to win 2017 Wimbledon on the Men’s and Women’s side:

Murray was listed at +275 just a couple weeks ago but his recent hip injury has caused his odds to move. Roger Federer is the favorite and even Rafa Nadal is now listed ahead of Novak Djokovic. This would have been hard to believe at this time last year.

A couple players I’m intrigued by are Alexander Zverev (+2200) and Marin Cilic (+1800). Zverev has some momentum this season and will be difficult for any player. Cilic has won a Grand Slam title before (2014 US Open) and has played very well in recent Wimbledons. There hasn’t been a big underdog winner at Wimbledon in over eight years but 2017 could be the time for a darkhorse.

On the women’s side, Petra Kvitova is now the +500 favorite but she was available at +900 just a couple weeks back. The absence of players like Serena, and Maria Sharapova, means the field is wide open. There are nearly twice as many players with 50:1 or better odds on the women’s side than on the men’s side. It may be best to wait a couple rounds until making a futures bet.