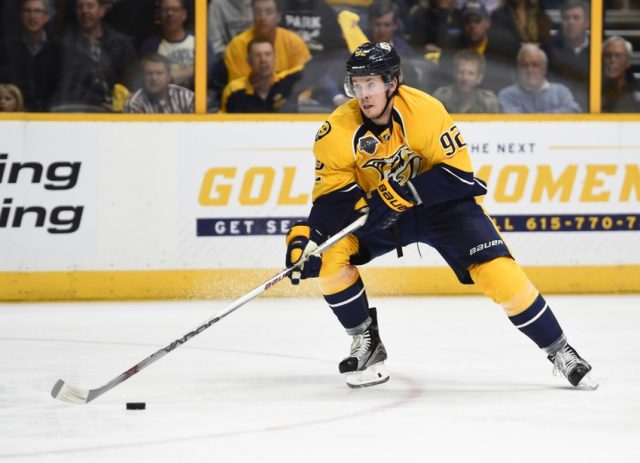 The 1,230-game regular-season schedule has concluded, and the NHL playoffs are finally set to begin this evening. After scoring a league-best 118 points during the regular season, the Washington Capitals (+365) enter the postseason as the presumptive favorite to hoist the Stanley Cup. The Chicago Blackhawks, who led the Western Conference with 109 points, have the second-best odds at +570. Oddsmakers clearly think the regular season accurately represented the league’s best teams, but I wanted to determine whether the analytics agreed with that sentiment.

Earlier this morning, Dom Luszczyszyn from The Hockey News posted an interesting article which examined each team’s probability of making the quarterfinals, semifinals, finals and, finally, of winning the Stanley Cup. The player-based model, which was based largely on Game Score, had the Capitals winning the championship in a league-high 18% of all simulations. Although this may seem high, their +365 odds equate to a 21.5% implied probability. In other words, there’s no value betting on Washington to win the Stanley Cup.

The Capitals may not be offering value, but by comparing Luszczyszyn’s probabilities with the implied odds for each team to win the championship, I was able to determine which Stanley Cup futures were offering a positive expected value. Surprisingly, there were only three teams offering substantial value.

Based on these projections, the three teams offering significant value at 5Dimes are the Minnesota Wild (+835), Boston Bruins (+1605) and Nashville Predators (+2705). Although the Predators are currently offering the most value, the Bruins may be the most interesting name in the group.

Boston opened +2800 to win the Stanley Cup, but sharp money has caused that number to plummet down to +1605. Despite injuries to defensemen Torey Krug and Brandon Carlo, most analytic models (which love the Bruins’ high Corsi rating) believe the Bruins have been tremendously undervalued. Perhaps that explains why Boston opened -180 on the series price against an Ottawa team that finished with more points during the regular season and dominated their previous head-to-head matchups. That said, much of the value is gone following that major line move.

Luszczyszyn’s projections have Nashville advancing past the first round in 49% of simulations, which means they’re not only are they being undervalued to win the Stanley Cup, but they’re also being undervalued to win their first round series against Chicago (currently +155). Unfortunately, Nashville would likely have to face off against a very talented Wild team if they advance to the second round. For that reason, it may be smarter to take Nashville’s series price as opposed to betting them to win the Cup.

Planning to bet on the NHL Playoffs? Be sure to bookmark our free NHL odds page to track the latest lines, public betting trends, and injury updates for each game.