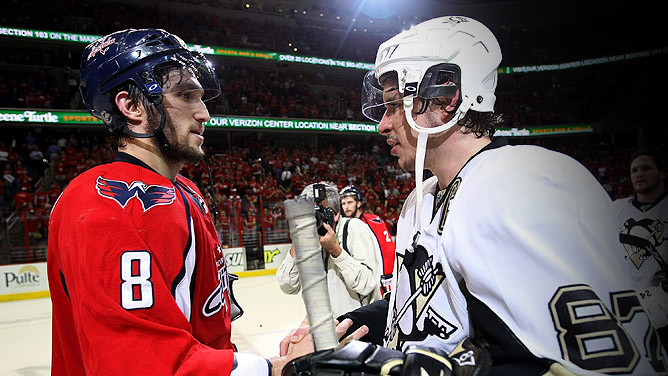 The opening round of the 2017 NHL Playoffs unfortunately didn’t provide any Game 7’s, but we did get to see 18 overtimes, a record for one round. In the Eastern Conference Semifinals, Washington takes on Pittsburgh while Ottawa plays the Rangers. Over in the West, St. Louis meets Nashville and Anaheim faces Edmonton. Here are the odds to win each series and advance to the Conference Finals:

Below was written on May 5:

Below was written on May 3:

Below was written on April 30:

Below was written on April 28:

Below was written on April 26, 2017 before the start of the Conference Semifinals:

Every matchup is extremely close, and last round 4 of the 8 series underdogs advanced. The Blues and Senators both have home-ice advantage, but both are small underdogs to advance. Washington/Pittsburgh is easily the most anticipated series, and oddsmakers give the Capitals the slightest of advantages to move on.

At BetDSI, bettors do have a consensus pick in all 4 matchups despite each being so close:
75% on Penguins
71% on Anaheim
60% on New York Rangers
60% on Nashville

Pittsburgh is a pretty popular series underdog by the public, and that may be good news for Capitals fans. Washington is also a contrarian favorite in Game 1 but are considerable -145 favorites, another good sign for the Caps.

Here are the odds to win the East, West, and Stanley Cup:

And in case you wanted to see how odds changed throughout the opening round: