2017 NCAA Tournament: Which Futures Are Offering Value Before the Sweet 16? 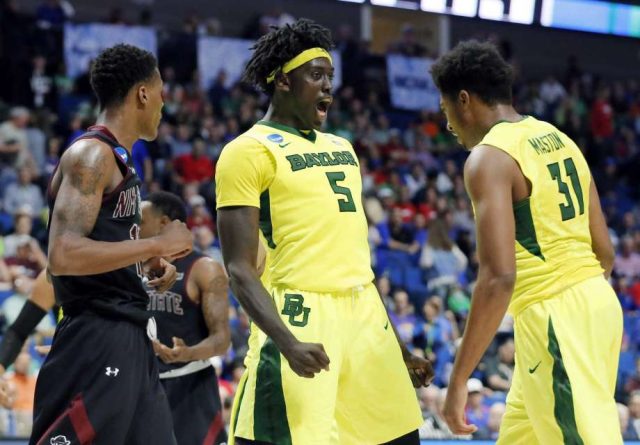 2017 NCAA Tournament: Which Futures Are Offering Value Before the Sweet 16?

For the past few months, I have utilized our bracket simulator predictions to determine which schools were offering value in the futures market. By converting each school’s future price into an implied probability, I have been able to identify several schools with a positive expected value. My initial analysis highlighted Florida (+4000), Louisville (+1700) and Gonzaga (+1000) as the three top value plays, with Virginia (+3000), Wichita State (+15000), Baylor (+3500) and West Virginia (+2000) right behind them.

Fast forward more than two months and four of those teams are still competing for the national championship — although the odds have moved dramatically in some instances. The table below examines the title odds from before the season, before the start of the NCAA Tournament, and the current odds at the Westgate Superbook.

The table below compares the current championship odds and implied probabilities at the Westgate Las Vegas Superbook with the latest probabilities from our bracket simulator in order to find undervalued teams. Any values of above “1” indicate positive expected returns. This only represents one sportsbook, and we strongly encourage bettors to shop for the best line before placing a wager.

Our numbers indicate that Florida (+1800), West Virginia (+1800), Gonzaga (+600) and Baylor (+1800) are the top values on the futures market, but bettors would be wise to utilize an alternative strategy when betting these futures. In most single-elimination situations, it’s far more profitable to roll over the moneyline as opposed to betting into futures — especially late in the season when there’s significant juice built into the futures market.

As an example, let’s compare how bettors would fare by taking Baylor’s future now as opposed to rolling over the moneyline in four consecutive games. Baylor is +1800 to win the national championship, meaning a $100 bet would return a total of $1900 if the Bears win the title (the $100 initial wager plus an $1800 profit). Pretty straight forward, but let’s look at potential lines for their future games.

If we assume the most likely scenario in which Gonzaga wins the West Region, Baylor would likely be an underdog of +5 on the spread and +180 on the moneyline in the Final Four. At that point, rolling over the moneyline would yield $899.42 (the initial $321.22 wager plus a $578.20 profit).

Based on public perception, Baylor would likely be a slightly larger underdog against either Kansas or North Carolina, but for the sake of argument, we’ll assume the same +180 moneyline in the national championship game. Rolling over the moneyline for a fourth consecutive game would yield $2518.38 (the initial $899.42 plus a $1618.96 profit). As you can see, that’s a far more lucrative strategy than Baylor’s futures at +1800.

This is an oversimplification and these returns would obviously be smaller if there are any major upsets in the other regions. Baylor would be a smaller underdog against Arizona than they would against Gonzaga, and those would obviously impact the overall returns from rolling over the moneyline. That said, Baylor would need to pull off several moneyline upsets in order to win the national championship.

If you have any questions for the staff at Sports Insights, please contact our customer service department at 877-838-2853, email us at help@sportsinsights.com or utilize our live chat to speak directly with a representative.