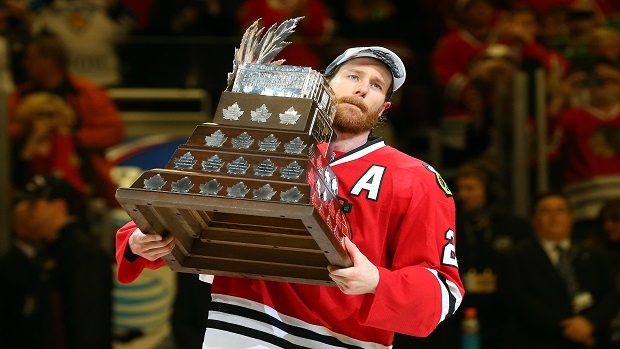 Heading into this year’s playoffs, Capitals goalie Braden Holtby was the +850 favorite, but Pittsburgh eliminated Washington in the Conference Semifinals. Sidney Crosby was then the new favorite to win the award, but despite advancing to the Cup final, is now behind teammate Phil Kessel and Sharks forward Joe Pavelski. Below shows the odds for each player to win the Conn Smythe Trophy via Bovada and Sportsbook:

Below was written on April 13th before the start of the NHL Playoffs:

Tarasenko is probably St. Louis’ best and most explosive player, and could be ready to finally take this team to the Stanley Cup. The Western Conference is loaded but if the Blues can keep advancing, Tarasenko will likely be their leading scorer.

Hedman is also noteworthy because of the long +7500 odds, and Tampa Bay will have to rely heavily on him to get to the Stanley Cup. Bettors may shy away because he’s a defenseman, but Duncan Keith won the award at +5000 odds last season over Hedman’s Tampa Bay squad so it’s not unthinkable.

If you like the Lightning or Blues to make a deep playoff run, these two names will likely be towards the top of the list in the later rounds.