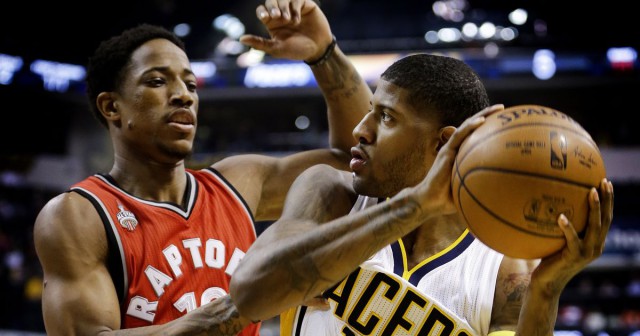 The NBA Zig-Zag Theory is one of the most well-known sports betting systems, and the concept is quite simple — take whichever team lost their previous game during the NBA Playoffs. The logic behind this system is that teams will fight ever harder to make up for lost ground following a loss as they attempt to stave off elimination.

Our research immediately found that playoff teams coming off a straight up (SU) loss have gone 409-377 ATS (52.0%), while teams who failed to cover in their previous game have gone 414-385 ATS (51.8%). These results were strikingly similar and they both showed a slight edge for bettors. Unfortunately, neither option covered at the 52.38% threshold needed to break even.

Earlier this week, we explained how public betting habits change from the regular to the postseason which caused value to swing from the underdog to the favorite. That same logic can be applied to the Zig-Zag Theory. Since the start of the 2005 season, favorites coming off a straight up loss have gone 201-179 ATS (52.9%), while favorites who failed to cover the spread in their previous game have gone 218-196 ATS (52.7%).

This was obviously a key development since it pushed both systems above the threshold needed to be profitable, but it also raised several questions. Favorites have been undervalued during the postseason, but another part of our contrarian strategy is buying on bad news and capitalizing on conventional belief.

We should point out that when a betting system like this continues to be profitable over a long duration, oddsmakers begin to wise up and adjust their odds accordingly. Even though NBA playoff favorites coming off a loss have covered at a 52.9% clip in our database, they have gone just 30-42 ATS (41.7%) in the past two seasons.

Based on our prior analysis, we knew that square bettors are prone to overreacting to recent results and we believed that teams coming off a loss would provide additional value if they closed as a favorite in their previous game. We also believed that this edge would be magnified if they were favored by more than one possession.

The table below displays the record for each of our two systems:

Teams who lost their previous game as a favorite of at least 4-points have been extremely profitable with a record of 98-69 ATS (58.7%) with +23.71 units won and a 14.2% return on investment (ROI). It’s also worth noting that these systems improve dramatically if they lost their previous game as a road favorite. These results are hardly surprising when you consider the betting public’s tendency to overreact to the most recent game.

Let’s pretend that the Toronto Raptors closed as 5.5-point favorites against the Indiana Pacers, but ultimately lose 95-90. Uneducated squares would immediately push the panic button and start gravitating towards the Pacers in the subsequent game. For contrarian bettors, this creates an excellent opportunity to buy low and take the Raptors as an artificially low price.

Although bettors tend to overreact when favorites lose, there do seem to be some exceptions. If a team loses at the buzzer, bettors chalk it up to luck and deduce that either team had the opportunity to win. If a small favorite loses, they conclude the game was a coin-flip to begin with. But what happens if we create a betting system that excludes those situations?