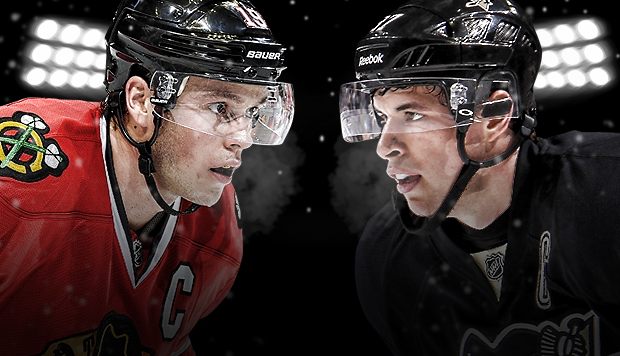 In NHL
By Josh Appelbaum

Rejoice, hockey fans. The long, endless summer of discontent has come to an end.

The 2016-17 NHL regular season is just days away, and the Sports Insights team has crunched the numbers to highlight several futures and prop bets offering value.

To locate the most valuable futures and props, we compared the point projections from USA Today to the current win totals at BetOnline and total points over/unders at Bookmaker, one of the sharpest books on the market.

First, let’s start by comparing the projections from USA Today to that of BetOnline and Bookmaker, beginning with the Western Conference.

-Blackhawks: There are three certainties in life; death, taxes and the Blackhawks owning the league. USA Today projects Chicago with 49 wins and 106 points, however, their win total is set at 45 at BetOnline and their points total is 101.5 at Bookmaker. Don’t overthink this one. Take the over for both.

-Flames: Calgary is a team on the rise. They feature one of the game’s best young offensive duos (Johnny Gaudreau and Sean Monahan), and they finally found a capable goalie in Brian Elliott. USA Today projects Calgary with 99 points and 43 wins, but their win total is only 39.5 at BetOnline and their points total is only 86.5 at Bookmaker.

-Coyotes: The Desert Dogs could end up being one of the NHL’s most surprising teams this year. They have a plethora of rising stars (Max Domi, Anthony Duclair and Dylan Strome) and a good mix of veterans (Shane Doan, Oliver Ekman-Larsson, Alex Goligoski). USA Today projects Arizona for 90 points and 41 wins, but their point total is only 75.5 at Bookmaker and their win total is only 33.5 at BetOnline.

-Oilers: USA Today projects Edmonton for 77 points and 35 wins. However, their win total (40) and points total (87.5) are much higher at BetOnline and Bookmaker, respectively. The Oilers added Milan Lucic and they still feature one of the game’s brightest young stars in Connor McDavid. Unfortunately, they don’t have a goalie, their defense is porous and they play in the stacked Western Conference. Another year, another losing season in Edmonton. Take the under for both.

-Avalanche: Colorado is in a transition year. They fired Patrick Roy and must adapt to a new style of play under head coach Jared Bednar. They have a trio of franchise cornerstones (Nathan MacKinnon, Gabriel Landeskog and Matt Duchene), but not much depth after that. The Avs are projected for 73 points and 33 wins by USA Today, but the oddsmakers list their point total at 85.5 and win total at 38.5. Maybe the oddsmakers know something we don’t, but that appears to be a gross overvaluation in my opinion.

-Canucks: Vancouver was once a perennial contender. Not anymore. They have an excellent top-line (Sedin Brothers and Loui Eriksson), but that’s about it. Many NHL prognosticators have pegged Vancouver for the #1 pick in the 2017 Draft. It looks to be a long, cruel winter in Vancouver. USA Today projects the Canucks with a league-low 65 points and 28 wins, while oddsmakers list their points at 74.5 and wins at 33.5. Like the Avs, the Canucks under looks to be a shoe-in.

Now let’s compare the USA Today projections to that of BetOnline and Bookmaker for the Eastern Conference.

-Penguins: USA Today projects the Penguins to have the highest number of points (110) and wins (52) for any NHL team this season. However, the oddsmakers have set the Pittsburgh points (102.5) and wins (47) projections much lower. The Pens’ roster is largely intact from their Cup winning team of last year. They play a fast-paced game and still have the world’s best player (Sidney Crosby). Pittsburgh may not win the Cup again, but they are poised for another monster regular season. Take the over for both.

-Canadiens: Montreal has undergone a massive culture change. They traded away their best player (PK Subban), but replaced him with a better defensive blue-liner and team leader (Shea Weber). The Habs also added pesky forward Andrew Shaw from Chicago and return all-world goalie Carey Price to full-health. Montreal may not be as flashy as years past, but they are more well-rounded. USA Today has them pegged for 101 points and 45 wins. Meanwhile, the oddsmakers seem to be undervaluing the Habs, projecting Montreal with just 96.5 points and 42.5 wins.

-Hurricanes: Carolina probably won’t make the playoffs, but they are being undervalued by the oddsmakers. USA Today pegs them for 88 points and 38 wins, while Bookmaker has their points at 78.5 and BetOnline has their win total at 35.5. Carolina features a plethora of young stars (Victor Rask, Jeff Skinner, Elias Lindholm and Noah Hanifin), still has Cam Ward in net and added a couple Blackhawks who know how to win (Teuvo Teravainen and Bryan Bickell). The Canes won’t set the world on fire, but they’re a smart bet to exceed the bookmakers’ expectations.

-Blue Jackets: Columbus is pegged for 74 points and 31 wins by USA Today. However, BetOnline has their win total set at 35.5 and Bookmaker lists their points O/U at 83.5. The Jackets play in a tough Metropolitan division, lack scoring punch beyond Brandon Saad and don’t seem to have a #1 center on the roster after trading off Ryan Johansen. Injury concerns continue to plague Sergei Bobrovsky. It looks like another year, another last place finish for CBJ. The under seems too good to pass up.

-Maple Leafs: Toronto is an intriguing team with a bright future. They have one of the game’s best coaches (Mike Babcock) and just drafted the next hockey phenom (Auston Matthews). However, they are still a year or two away from making any noise. USA Today projects Toronto with 71 points and 29 wins, much lower than the oddsmakers projections (80.5 points and 36 wins).

Sign up for a Sportsbook Insider PRO membership today and you’ll receive access to all of our NHL Best Bet picks, contrarian plays, betting and dollar percentages, bet signals and live odds from over 50 sportsbooks, as well as our line watcher, line predictor and value meter.

Have any questions for the staff at Sports Insights? Utilize our live chat feature to speak with a customer service representative or e-mail us at help@sportsinsights.com. We can also be reached by phone at 877-838-2853.