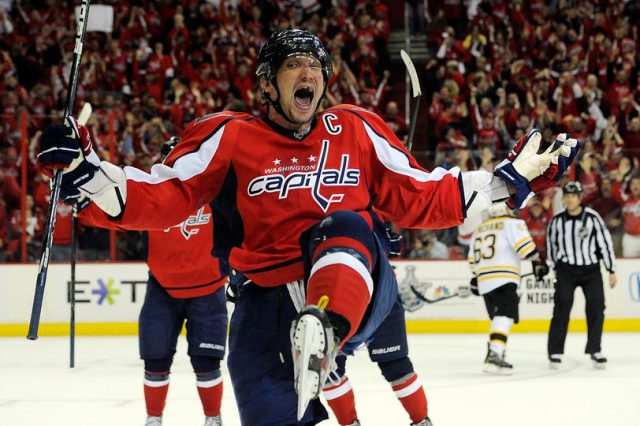 With the NHL season less than a month away, WestGate Superbook in Las Vegas just released their team by team season point totals. The juice for both the over and under for every team is currently set at -110. Here is a look at last year’s standings.

The Capitols lead the way at 106.5 points. They had one of the best seasons in recent history last year when they racked up 120 points, 11 more than the next closest team, the Stars.

Right behind them is Tampa Bay at 105.5. Tampa didn’t have an excellent 2015 regular season, but made it to game 7 of the Eastern Conference Finals before losing to the eventual Stanley Cup champion Penguins.

The Stars have the high mark in the Western Conference, with their total set at 104.5. Perhaps the most popular team in the league, the Blackhawks, have a total of 102.5, which will likely see many bets on the over. The Central Division has had at least three teams with 100+ points in each of the past three seasons. However, we may see that streak come to an end if young teams in the west like the Oilers and Coyotes cease to be preyed upon this year.

WestGate currently has seven teams total listed at 100.5 or greater, which could be a little low. Excluding the lockout-shortened season, there have been at least 10 teams with 100+ points in seven of the past ten seasons. A couple of the teams close to the hundred mark that I think should go over are the Ducks, Kings, and Panthers.