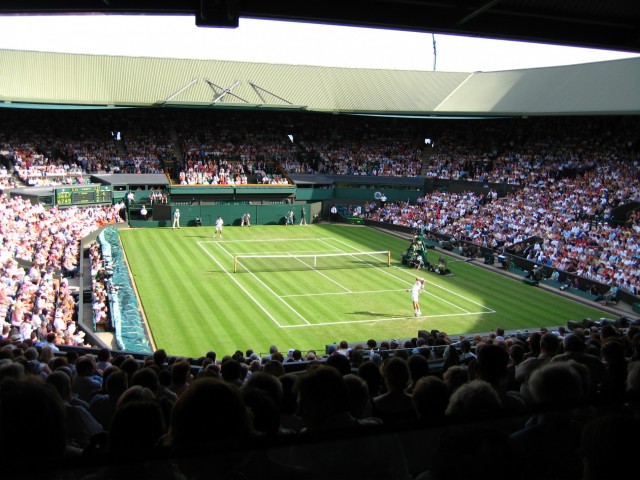 The 2015 Wimbledon Championships will take place between June 29th and July 12th in London, England. The oldest tennis tournament in the world, Wimbledon is considered by many to be the most prestigious of the four Grand Slam majors.

Last year Novak Djokovic (+150) was the clear cut favorite on the men’s side and easily cruised to the championship, while women’s champ Petra Kvitova (+1200) closed with the fifth shortest odds.

The table below compares the men and women’s odds to win Wimbledon at both Sportsbook.com and Bovada. We will continue to monitor these odds and update the tables as the market moves.

It’s also interesting to note that Bovada is offering prop bets for the number of Grand Slam wins for some of the top male and female tennis players in the world.

If you’re wondering why there are N/A options listed, it’s because Novak Djokovic already has one Grand Slam victory while Serena Williams has two Grand Slam wins.

Those looking for single match odds should add Tennis to their active sports on their live odds page, and as always we encourage bettors to shop for the best line  before placing any bet.

Which players do you think are offering value? Will Serena Williams continue her domination en route to the Grand Slam? Please leave your thoughts and comments in the section below.