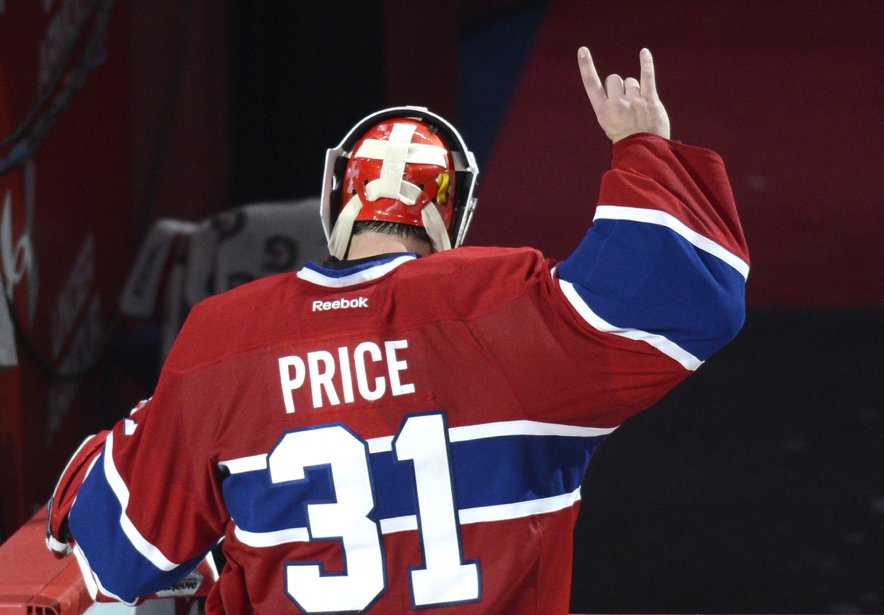 The 2015 NHL Playoffs have reached the Conference Semifinal stages and the St. Louis Blues have already been eliminated again. The Blues had the third-best Cup odds prior to the playoffs at +825 but failed to get out of the first round for the third consecutive season. Below shows the updated Stanley Cup odds, Conference Odds, and Series Odds at offshore sportsbook 5Dimes.

Chicago -150 vs. Minnesota +130  (Blackhawks have knocked the Wild out of the playoffs in the last 2 postseasons, winning 8 of 11 games)

New York Rangers -180 vs. Washington +160 (Caps and Rangers will meet in the playoffs for the 5th time in last 7 yrs. Washington has a 14-12 edge in games with each winning 2 series)

Montreal -125 vs. Tampa Bay +105 (Canadiens swept Tampa Bay in that playoffs last year but the Lightning swept all 5 meetings in the regular season between these two teams)

Below is a screenshot from 5Dimes showing the odds on each exact Stanley Cup Final matchup: 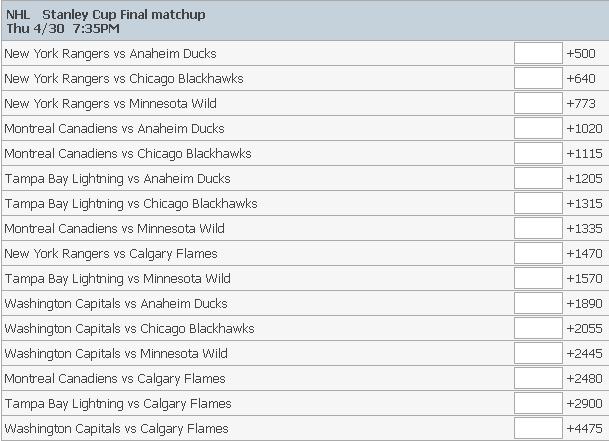 Are the Rangers destined to win the Cup this year? Are you hedging any of your future Stanley Cup bets at this point? Feel free to leave your comments below.