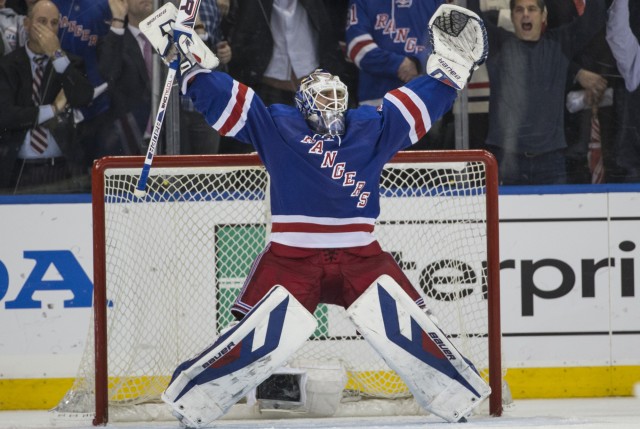 The 2015 Stanley Cup Playoffs are underway and fans across the globe are undoubtedly amped up for playoff hockey. We know which teams are expected to win it all, but which players should fans be monitoring?

Every year the league hands out the Conn Smythe Trophy to the playoff MVP and this season Rangers G Henrik Lundqvist (+950) was listed as the pre-Playoffs favorite to win this prestigious award. Despite missing time due to injury, the 33-year old goaltender posted an impressive 30-13-3 record with a 2.25 GAA and .922 save percentage. After the opening round, Lundqvist (11/1) was still near the top but teammate Rick Nash (10/1) and Habs netminder Carey Price (8/1) were just ahead of him.

Entering the Stanley Cup Final, the favorites were led by Blackhawks forward Jonathan Toews and Lightning forward Tyler Johnson. However, with just 1 game remaining for Chicago to win the Cup, it appears to be Duncan Keith’s to lose.

The table below displays Conn Smythe odds during the playoffs:

Which players do you think are offering value to bettors? Do you like any dark horse candidates? Make sure to leave your thoughts in the comment section below.