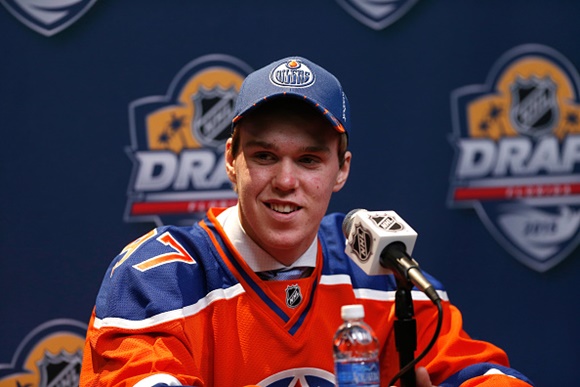 This year the race for Rookie of the Year is a highly anticipated one, with both Connor McDavid (+115) and Jack Eichel (+400) the early favorites. For those who don’t know, McDavid is projected to be of Sidney Crosby caliber, which makes him the clear front-runner for the award.

Last season Habs goalie Carey Price won this award, first time a goalie has won it since fellow Canadiens player Jose Theodore in 2002. If Crosby is able to stay healthy for the year, there’s a lot of value at +400, especially with the arrival of Phil Kessel from Toronto

Caps forward Alex Ovechkin has won this award three straight times and there may be some value at +600 for him to win a fourth straight.

Are there any NHL futures you’re betting this season? Feel free to leave your comments below.