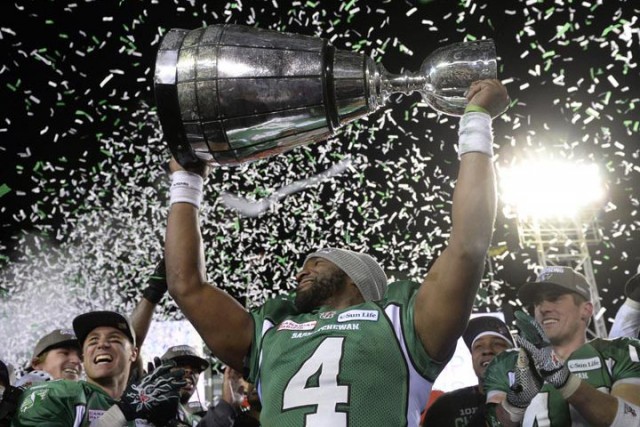 The 2014 CFL season kicks off tomorrow night with the Winnipeg Bluebombers hosting the Toronto Argonauts (-5). For those who can’t wait until the NFL season begins, this could provide a temporary fix and a nice source of additional income. We would recommend that our customers add the CFL to their live odds page for the latest odds and public betting trends.

So which teams are expected to win the Grey Cup this season? The table below displays the CFL Futures from a number of prominent offshore sportsbooks:

You may be interested to know that former Cincinnati Bengals star receiver Chad Johnson will be playing for the Montreal Alouettes in 2014 and is listed at +500 to lead the team in receiving yards. You can also bet that the 36-year old Johnson won’t lead the team at -800 (via Bovada). His over/under for receiving yards has been set at 850 — significantly lower than players like S.J. Green (1,100 yards) and Brandon Whitaker (1,050).

There are definitely some major discrepancies between books, so we highly recommend that all bettors shop for the best line before placing any bets.