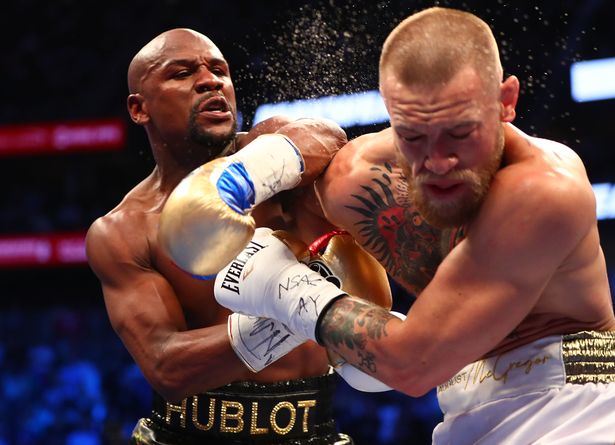 In Boxing & MMA
By Dan McGuire

Depending on who you ask, Mayweather-McGregor lived up to the hype as McGregor held his own early on and Mayweather eventually won. McGregor even won the opening round although his odds of winning ANY round on a judges scorecard was just -141 before the fight. But Mayweather wore him down and earned a 10th round TKO, an outcome that pleased many sportsbooks. Mayweather was winning the fight at the time on the scorecard: 87-83, 89-82, 89-81.

Mayweather closed anywhere from -420 at Pinnacle to -495 at 5Dimes. He was even lower at Bovada all weekend around -375 and closing -350. Public wagers were all over McGregor while sharper money kept coming in on Mayweather.

Some say the fight was good for boxing, some say it makes boxing look terrible– either way, a LOT of people were interested and invested in the fight in some capacity. Even Mayweather himself has a history of of betting large amounts of money, but on this occasion he was denied:

There were at least 7 wagers around the Nevada market at $1M or higher including South Point, William Hill and Wynn. By comparison, there was only 1 wager of that size for the Super Bowl. At Westgate, Mayweather closed with less than 15% of betting tickets but 85% of the money wagered, and it was likely their biggest fight win ever. At CG Technology, Mayweather’s TKO produced a high six-figure win for the house. At MGM, it was their biggest boxing win ever, similar to a Super Bowl. William Hill’s 5 most popular bets (Mayweather by decision, then McGregor in rds 1,2,3 and 4) were all wins for the house.

The offshore market also took record handle. BetOnline would have suffered their biggest loss in history if McGregor had won. At Bovada, the fight was the single most wagered-on event in their history. Since they cater to square and public bettors and took tons of McGregor action, they’re probably pretty happy this morning.

Finally, here’s a look at how some notable prop bets were graded. Many of the exotics were pushes as Justin Bieber and Lil Wayne were not seen in the walkouts:

And for the questions people are now asking: