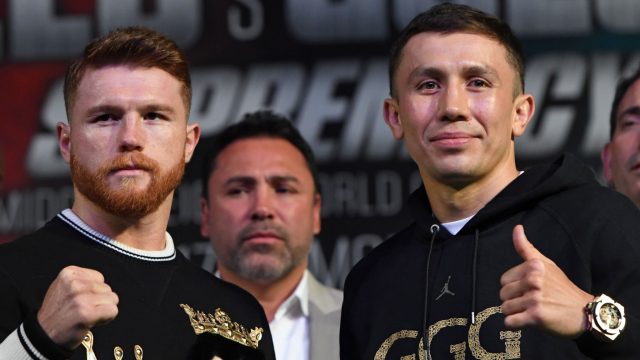 In Boxing & MMA
By Mark Gallant

This Saturday, Canelo Alvarez and Gennady Golovkin will face off in one of the best pure boxing matches of the decade. With the Mayweather McGregor “fight of the century” taking place just a few weeks ago, one might expect there to be a few more boxing fans and in turn, a bit more betting action on the once great sport. Alas, that is not the case.

According to Scott Cooley of Bookmaker.eu, “Unfortunately, we haven’t seen much carryover momentum from the megafight last month. It’s not terribly surprising considering the start of football coincided with the end of that bout. This is a massive fight in the boxing world, but neither of these guys are terribly marketable in the American eye.”

It’s true, though. The fanfare and media coverage is nowhere close to what we saw with Mayweather and McGregor—two of the most intriguing personalities in combat sports. Alvarez and GGG are just too civil to each other. Not enough bad blood. Boxing has always been about trash talking and in-your-face personalities. These guys don’t look like they want to bash each other’s faces in…they look like they want to sell me insurance or something. 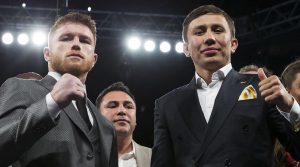 Since both of these boxers are…you know…actually boxers, this fight doesn’t come along with the slew of ridiculous prop bets that came with last month’s fight. No kicking props…no headbutting props…no low blow props…nothing. The exotic nature of the Mayweather-McGregor fight and slew of prop bets that came along with it was just another reason for square bettors to pay attention to it.

As far as the betting trends for the fight go, not a ton has happened over the past couple of weeks to move the odds. Bettors have been siding with Alvarez and his plus-money payout since odds opened earlier in the year, getting close to 70% of wagers at Bookmaker so far.

There has been slight buyback on GGG at a couple of books and CG Technology in Vegas has taken a couple of large bets over the past few days on the favorite.

Follow us on Twitter @SportsInsights for more news as we lead up to the (kind of) big fight.