2016-17 NBA Betting Against the Public Report 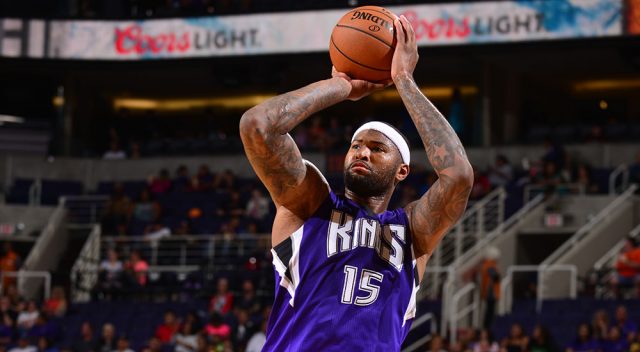 2016-17 NBA Betting Against the Public Report

Past research has conclusively proven that betting against the public will produce a positive return on investment, although many bettors are confused about why this is such a successful strategy. Contrary to popular belief, oddsmakers do not attempt to balance their book by attracting 50 percent of the action on each side. Instead, they shade their opening lines to capitalize on public perception and allow their sharpest bettors to shape the line.

As I’ve stated repeatedly, the public loves betting favorites and overs, which is why most contrarian strategies focus on underdogs and unders. It’s human nature to root for winners and scoring, and the media’s propensity to overhype these teams only exasperates this tendency. Sportsbooks understand this tendency and shade their lines to exploit the casual bettors. By betting against the public, contrarian bettors are able to capitalize on these shaded lines.

For anybody unfamiliar with Sports Insights, we track public betting percentages from seven major offshore sportsbooks: 5Dimes, BetDSI, BetUs, Carib, GTBets, SIA and Sportsbook.com. These betting trends reflect real bets placed by real bettors, as opposed to other websites that use “consensus” numbers. By including both sharp and square sportsbooks, our betting percentages accurately reflect which teams the public is backing across the sports betting marketplace.

Every day during the NBA season we post our Contrarian Plays (formerly Square Plays) which represent the most lopsided games in terms of the number of bets and percentage of bets. These plays, which are available exclusively to Sportsbook Insider Pro subscribers, have consistently posted profitable results.

The table below displays how our contrarian system has performed since the start of the 2003 season.

It’s also important to understand that the value of betting against the public is directly correlated with the number of bets placed. That’s not an issue for NFL bettors since there’s heavy action on every game, but it’s crucial information for college football bettors. To find out how the amount of money wagered on the NBA compares to other sports I spoke with Scott Cooley, an Odds Consultant for Bookmaker.eu.

“NBA is really strong for us,” said Cooley. “It doesn’t do as well as NFL and college football obviously, but it is fourth on the list after football and soccer.”

Bettors should also understand that there’s significantly more action on the spread than the total. For that reason, there’s far more value betting against the public on the spread as opposed to the total. “I’d estimate we receive four times as much money on spreads than totals during a normal game day,” according to Cooley.

Since oddsmakers are able to anticipate which games will take one-sided public betting, they typically shade their opening lines to account for the predictable flood of public money. If the liability becomes too great, they will occasionally adjust their number to encourage action on the other side, thereby mitigating their risk. That’s the ideal opportunity for contrarian bettors to take advantage of over-shaded lines. Although it’s mostly sharp money moving NBA lines, public money has a greater impact than it does in the NFL.

Contrarian Plays are rooted in our betting against the public philosophy, but they take many additional trends into consideration. We stress the importance of buying on bad news and selling on good news, which means backing teams coming off a blowout loss and fading teams after a big win. We advise taking advantage of artificially inflated lines caused by one-sided public betting. We encourage bettors to follow sharp money indicators like steam moves and reverse line movement.

It’s also important to understand that public bettors love taking favorites, which has historically created value on underdogs. Since 2005, the favorite has received a majority of spread bets in over 75% of all regular season games. Unfortunately, simply betting on contrarian underdogs doesn’t cover the spread at a high enough rate to overcome the standard -110 juice charged by sportsbooks.

NBA Underdogs Against the Public

Betting against the public is one of our cornerstone philosophies, but there are many ways that bettors can use public betting information in conjunction with historically profitable trends. For starters, bettors need to understand that home court advantage has been vastly overvalued.

Many factors are taken into consideration when handicapping a game, but home court advantage is one of the most common considerations. There has been a general consensus that home court advantage is worth around three points to the spread, although the number varies based on venue. For example, teams like the Denver Nuggets, Utah Jazz and Golden State Warriors are renowned for their raucous home crowd. Conversely, teams like the Philadelphia 76ers, Miami Heat, and Milwaukee Bucks gain very little from playing on their home court.

The truth is that home court advantage should only be valued at around two points, and this miscalculation has created value on visitors. Since 2005, NBA road teams have gone 7,053-6,776 ATS (51.0%) and that record improves tremendously when they’re being ignored by public bettors.

NBA Visitors Against the Public

These results indicate that betting against the public becomes a far more profitable strategy when bettors are ignoring the visiting team. Taking that one step further, my research found that teams in the midst of a prolonged road trip (visitor in two or more consecutive games) have been extremely undervalued.

NBA Road Trip Against the Public

It’s also important to realize that road teams receiving no more than 30% of spread bets are almost always underdogs. With that in mind, there are several additional strategies with which contrarian bettors should be familiar. Those include:

Right now we’re running one of our best promotions and bettors can save 40% off 5 months of Sportsbook Insider Pro! This deal is only available for a short time and the sooner you sign up, the more you save.