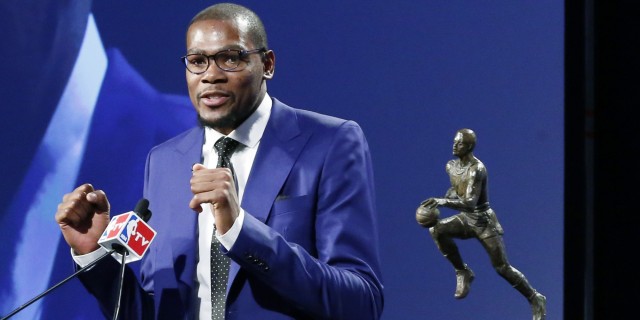 Back on August 13th the NBA released the schedule for the 2014-15 regular season, and there is no shortage of entertaining matchups for bettors to get excited about. After a thrilling off-season that saw LeBron James and Kevin Love take their talents to Cleveland, the Cavaliers will surely be on the must-watch list of every NBA fan. They will be kicking off their season on October 30th when the Cavs host the New York Knicks and their Christmas Day showdown in Miami against the Heat should make for thrilling entertainment.

We’ve been updating our NBA Futures throughout the off-season and the Cavs jumped from +4000 to +350 to win the 2014-15 NBA Championship following their two marquee acquisitions. In fact, 5Dimes has already posted a number of props for LeBron James and his production next season.

Several months ago they posted a prop bet regarding LeBron’s production and offered an over/under of 25.5 points, 7.5 rebounds and 7 assists per game. With sky-high expectations for LeBron and his team, 5Dimes also listed King James as a +160 favorite to win the 2014-15 MVP with the field listed at -210.

No other prominent sportsbook was offering MVP futures until August 15th when Bwin posted their odds for 15 of the league’s biggest stars. Although LeBron was still listed as the favorite, his odds at Bwin were slightly less favorable than those available at 5Dimes (+125 vs. +160).

On Thursday, August 29th, the more prominent Bovada sportsbook posted their own NBA MVP odds with a number of additional candidates including Joakim Noah, John Wall, Tony Parker and others. Shortly after Bovada posted their odds, Sportsbook.com joined the party with their own MVP odds including a slew of new candidates.

The table below compares the 2014-15 NBA MVP odds from three square oddsmakers (Bwin, Bovada, Sportsbook.com) and one sharp book (5Dimes) and will be continually updated as other sportsbooks begin to post.

According to multiple reports, Derrick Rose looks fully healed from his torn ACL and is back to his MVP-form. That said, Rose appeared to struggle at times during the FIBA World Cup and was clearly behind Cleveland’s Kyrie Irving on the depth chart. This uncertainty about his healthy is clearly reflected in these futures with odds ranging between +900 and +1800.

Looking for a potential sleeper? Look no farther than New Orleans F/C Anthony Davis. In just his second NBA season, the former number one overall pick averaged 20.8 points, 10.0 rebounds and a league-leading 2.82 blocks per game. With the off-season addition of Omer Asik and the return of a healthy Ryan Anderson, Davis will have the low post help he so desperately needs.

It’s also interested to note that many players (including Derrick Rose, Kevin Durant and others) make their biggest leap in their third season. If the trio of LeBron James, Kyrie Irving and Kevin Love take votes away from each other and the Pelicans can sneak into the playoffs in a loaded Western Conference, Davis could be an excellent value at +3500.

One massive change in odds regards last season’s MVP Kevin Durant. The dynamic forward saw his MVP odds drop from +300 to +600 after it was announced that he would miss at least six weeks with a stress fracture in his right foot. This injury was one of the largest factors in LeBron James move from +160 to -110 at 5Dimes.

The table below displays the past eight MVP winners along with their odds to win the award prior to the season. (Historical odds via SportsOddsHistory.com)

Can LeBron James win his fifth award in the past seven seasons? If Derrick Rose can stay healthy, will he return to MVP form? Are there any dark horse candidates not listed? Please leave any thoughts, opinions or questions in the section below.