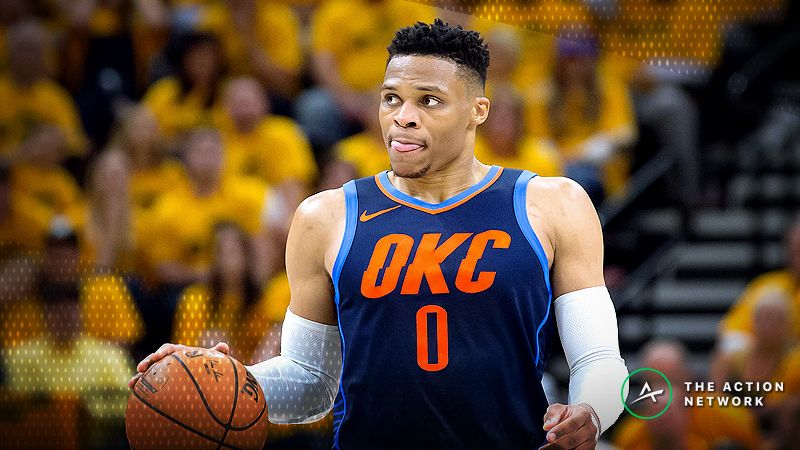 The 2018-19 NBA season gets underway Tuesday night with a pair of marquee matchups.

In a potential Eastern Conference Finals preview, the Boston Celtics (-5) host the Philadelphia 76ers (8 p.m. ET on TNT) followed by Kevin Durant and the Golden State Warriors (-11.5) renewing their rivalry with the Oklahoma City Thunder and Russell Westbrook (10:30 p.m. ET on TNT).

If you’re going to bet on these games, and you probably are, here are a few profitable strategies for NBA season openers.

With no football and the excitement of a new season, Celtics-76ers and Warriors-Thunder will be the most bet games on the board Tuesday. Casual bettors like wagering on good teams, which are usually the favorites.

As such, oddsmakers tend to shade the lines toward the chalk.

Contrarian bettors can exploit this habit by betting underdogs. According to Bet Labs, teams getting points in the first game of the season have gone 104-91-2 (53.3%) against the spread (ATS) since 2005.

While profitable, betting every underdog in Game 1 isn’t an optimal strategy. Gamblers can have more success by taking home underdogs: 37-23 (61.7%) ATS.

Lines aren’t available yet, but the Sacramento Kings finished 28 games under .500 last season and will likely be home underdogs to the Utah Jazz on Wednesday.

Game experience is overrated, at least when teams first lace up their shoes. On Thursday, the Chicago Bulls and Washington Wizards play their season openers.

The Bulls travel to Philadelphia to play the 76ers and the Wizards host the Miami Heat. It will be the second game for the Sixers and Heat.

Recreational bettors are likely to fade these teams after bad seasons, but in Game 1, that is mistake. Teams that won fewer than 25 games the previous season have gone 36-22-1 (62.1%) ATS since 2005.

Teams on the other end of the spectrum haven’t done as well as the public would expect. Those that won 60 or more games the year before are 9-12 ATS in openers.

Betting Against the Public

It has been profitable to fade lopsided betting action early in the season. The more casual bettors load up on a team in the first game of the season the more money contrarians make by betting against the public: