What Should NBA Bettors Know About In-Season Coaching Changes? 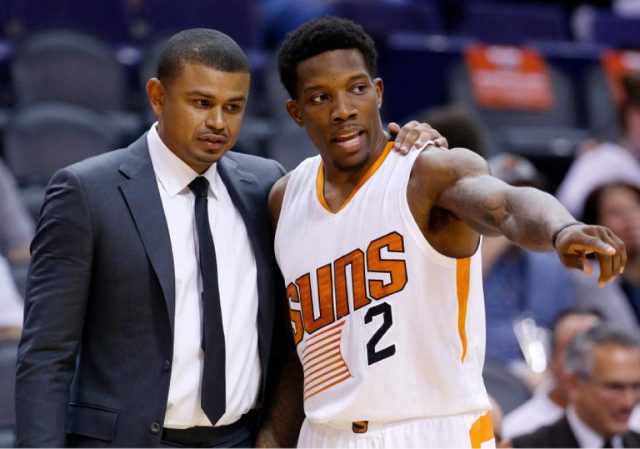 What Should NBA Bettors Know About In-Season Coaching Changes?

We’re more than halfway through the 2016-17 NBA season and there haven’t been any firings yet, but several head coaches are definitely on the hot seat. After going 30-52 last season, Alvin Gentry and the New Orleans Pelicans have gone just 20-32 this year. The Chicago Bulls (26-26) have underachieved this season, but it’s the off-court behavior of their star players that could have Fred Hoiberg looking for a new job. The Nets have gone 9-42 this season and, although most coaches aren’t fired in their first season, some are already calling for the dismissal of Kenny Atkinson.

While mid-season coaching changes are usually reserved for struggling teams, that’s not always the case, as we saw last season with the Cleveland Cavaliers. Despite going 83-40 straight up (SU) and boasting the best record in the Eastern Conference, David Blatt was unceremoniously fired. Interestingly, Blatt had gone just 68-74 against the spread (ATS) during his tenure as the Cavs head coach. The team replaced him with assistant Tyronn Lue, who would go on to guide Cleveland to the NBA championship.

Changing a coach mid-season is an important managerial decision and, like most decisions, there are both costs and benefits. The expected benefit of a mid-season coaching change is improved team performance; however, there are many factors which can impact the success of a replacement coach. Are players disheartened by the departure of their previous coach? Does the new coach have the requisite experience needed to be successful? Do the problems affecting performance go beyond head coaching and into the front office or player personnel?

I wanted to learn whether bettors could find value from these mid-season coaching changes, so I reached out to Scott Cooley, a spokesman for the market-setting Bookmaker.eu. “A coaching change in the NBA has very little impact on the oddsmaking,” stated Cooley. “We may shade just a hint for the first few games if it’s a green coach simply because of public perception. But honestly, the teams that are firing coaches aren’t really on the public radar most of the time anyway.”

It was interesting to learn that sportsbooks don’t do much to account for coaching changes, except when an inexperienced coach is making his NBA debut. Personally, I believe that head coaches are often used as scapegoats for larger organizational issues, and are forced to take the blame for issues outside of their control. For that reason, I speculated that teams making a coaching change would suffer from the lack of cohesion and experience.

To learn more about how teams have fared following in-season coaching changes, I examined the 42 instances over the past twelve seasons.

My research found that at the time they were fired, these coaches have combined to go 519-669 ATS (43.69%). Although their replacements have performed better against the spread, they have still struggled with an 851-951 ATS (47.22%) record. Considering that oddsmakers adjust their power rankings throughout the season, the fact that teams have still posted a losing ATS record after making a coaching change is quite telling.

Typically, a coach has to perform poorly to get fired mid-season, but their past struggles have already been built into the spread. By fading teams that have made a coaching change, bettors would have gone 951-851 ATS (52.78%) since 2005. That’s just above the breakeven point for spread bettors. Over the past three seasons, this strategy has been particularly profitable, going 334-279 ATS (54.49%). Bettors shouldn’t blindly take teams who have replaced their head coach, but it does appear that these teams have historically struggled to cover the spread.

I should also point out there have been several instances where a team went though more than two coaches during one season including the 2014-15 Sacramento Kings, 2012-13 Los Angeles Lakers, 2009-10 New Jersey Nets, 2008-09 Memphis Grizzlies and 2007-08 Chicago Bulls. To be fair, some of those instances include interim head coaches, who were quickly replaced by the next full-time head coach.

The only plays we officially endorse are our Best Bets, and we will be releasing our NBA Best Bets throughout the day. Those are only available to Sportsbook Insider Pro subscribers, so sign up now for a 4-day trial and start winning today!