Sharp Money Taking the Spurs over the Rockets in Game 1 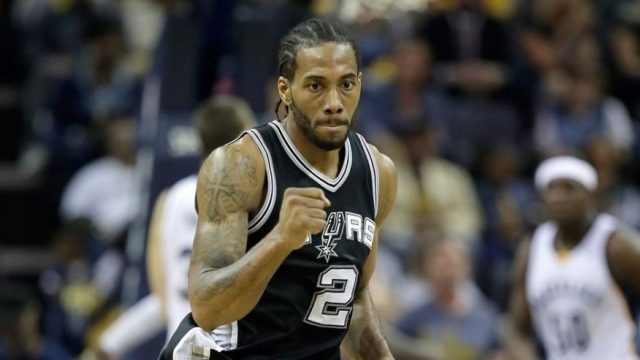 Sharp Money Taking the Spurs over the Rockets in Game 1

Two heated interstate rivals will face off tonight with the San Antonio Spurs (65-23 SU, 45-41 ATS) hosting the Houston Rockets (59-28 SU, 45-42 ATS) in Game 1 of their Western Conference semifinal playoff series. These teams have already played several times this season, with the Spurs emerging victorious in three of four meetings.

The screenshots below are taken from our historical archive and display the line movement and public betting trends in their previous matchups.

Although the Spurs closed as 3.5-point favorites when they most recently hosted the Rockets, San Antonio actually opened as 4.5-point home favorites at Pinnacle for tonight’s playoff matchup. Public betting has been evenly split, but the Spurs have already moved from -4.5 to -5.5. That’s because early sharp money has been taking the chalk.

As you can see from the line chart, the Spurs moved from -4.5 to -5 just minutes after opening. Later in the afternoon, there was a Heritage steam move triggered on the Spurs, which caused the line to move from -5 to -5.5. Heritage may not be a market-setting sportsbook, but they’re fairly sharp and consistently produce profitable bet signals. The Heritage NBA steam move has gone 107-83 ATS (56.3%) this season and 429-361 ATS (54.3%) since their inception in 2011.

“The Spurs have seen some smart money, but it’s not overwhelming,” stated Scott Cooley, a spokesman from the market-setting Bookmaker.eu. “The square support is somewhat equal, but more are siding with the Rockets and they like the Houston moneyline as well. The total has dipped due to smart money, and it could continue to fall as we get closer to tipoff.”

Many NBA bettors prefer to take small underdogs on the moneyline during the playoffs, and we’ve seen that trend continue in tonight’s game. At the time of publication, the Rockets (+201) were receiving 57% of moneyline tickets and 87% of moneyline dollars.