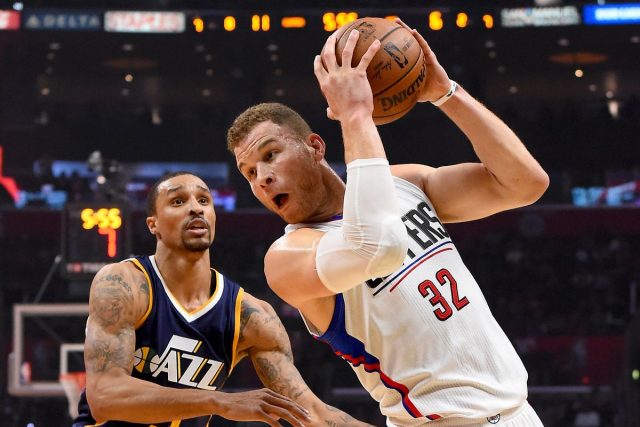 In arguably this postseason’s most exciting game, the Utah Jazz defeated the Los Angeles Clippers in Game 1 of their playoff series on Saturday night.

Trailing by two points, Clippers point guard Chris Paul drained a shot to tie the game with just 13 seconds remaining. Jazz guard Joe Johnson took the subsequent inbound pass, dribbled the length of the court, went one-on-one against Jamal Crawford, and hit a floater in the lane as time expired to give Utah the 97-95 victory. This upset win was welcome news to contrarian bettors as the Jazz (closed +5.5) received just 35% of spread tickets.

Unfortunately, Utah’s win was marred by injury when Defensive Player of the Year contender Rudy Gobert sustained a hyperextended left knee with just 20 seconds remaining. With Gobert’s status still questionable, the Jazz opened as 6.5-point road underdogs at the market-setting Bookmaker.eu. This spread represented a hedge by sportsbooks, who were uncertain of Gobert’s availability. The star center is valued as roughly 2-points to the spread, so they opened 1-point off their Game 1 closing spread.

Shortly after the opening line was posted, Gobert’s status was downgraded from questionable to doubtful. This caused the spread to drop from Utah +6.5 to +7.5 across the sports betting marketplace. Since that time, we have seen some fascinating public betting trends and line movement.

Although Utah has received the majority of spread tickets (60%), Los Angeles has actually received the majority of spread dollars (75%). Whenever a team received a significantly higher percentage of money than tickets, it’s usually a strong indicator of sharp money — particularly when the line movement corresponds with those betting trends. In this case, the Clippers have moved from -7.5 to -9, which indicates that sharp bettors have been hammering the home favorite.

For more information on this matchup I spoke with Scott Cooley, a spokesman from Bookmaker. “Definitely sharp money,” Cooley responded when asked about this massive line movement. “Almost all of the movement in this matchup has been from sharp money.” He went on to say that Gobert is “worth a point or so to the spread.”

For what it’s worth, NBA playoff teams coming off a loss have gone 416-395 ATS (51.3%) since 2005. That record improves to 152-114 ATS (57.1%) when that team was favored in their previous game. With the Jazz riding high after their upset win and the majority of public bettors buying into the hype, this may be an excellent opportunity to sell high on good news and fade the big, trendy underdog. That said, it’s crucial that bettors don’t chase bad numbers when following sharp action.

The only plays we officially endorse are our Best Bets, and we already have one pending pick for tonight’s NBA playoff action. Those are only available to Sportsbook Insider Pro subscribers, so sign up now for a 4-day trial and start winning today!