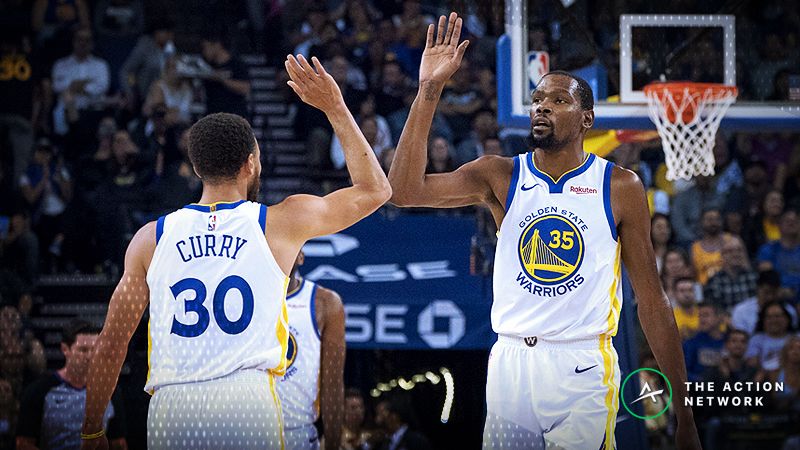 With the NBA season almost upon us, sports bettors are gearing up for another exciting year on the hardwood, which means it is time to review a few of our favorite NBA betting systems.

Each Pro System below can be found in the Think Tank and is available to active Bet Labs users.

Under on Good Home Over Team

Being a contrarian bettor often means going against the grain and betting against recent trends. For example, assume that an NBA team consistently goes over the total when playing at home.

Gamblers will remember this trend and likely wager on the over the next time this team plays at home. Oddsmakers will anticipate this reaction and increase the over/under.

There is more value following this strategy if both teams playing are on short rest (tired legs) and the line is trending down (an indication of smart money on the under).

In the NBA, as in other sports, when there is lopsided betting action and big line movement, it is often caused by breaking news such as an injury update.

Last March, before a matchup between the Celtics and Thunder, Kyrie Irving (knee) and Jaylen Brown (concussion) were ruled out. Irving and Brown were Boston’s top two scorers a season ago.

The Celtics opened as three-point underdogs at home as Irving was expected to miss the game, but the Brown news was unexpected and caused the line to shift to Thunder -5.

At game time, 75% of spread tickets were on Oklahoma City. To the dismay of casual bettors, Brad Stevens’ team upset the Thunder, 100-99.

Sometimes the best systems are the simplest. It has been profitable in the NBA to wager against lopsided betting action and big line movement.

Bettors following this system have returned a profit of +53.81 units since 2005.

Reverse line movement, when the betting line moves in the opposite direction of the betting percentages, is an indication of professional money being wagered.

Following reverse line movement is most profitable in games featuring division foes, as they tend to be more competitive because of the familiarity among opponents.