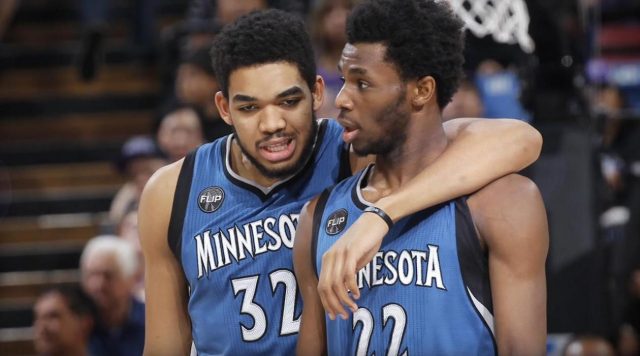 There have been some significant changes since the list was originally released just over a week ago. When initially published, there was some Twitter outrage regarding a few of the totals — most notably the Lakers, Clippers, and Magic. As you can see, their totals have changed drastically since opening.

Totals have also been posted for the Celtics and Jazz. With the Cavs’ win total going continuously downhill since opening, the Celtics have the highest win total in the Eastern Conference. This shouldn’t be incredibly shocking, as we’ve all seen how Ty Lue makes sure his superstars are well-rested for the playoffs. None of his big-three players played more than 74 games last season.

Without Hayward, oddsmakers believe that the Jazz will be taking a massive hit (I know, sort of obvious). Their 37.5 total is 13.5 wins lower than the 51 they had last season. With the Clippers total up to 41.5, the Jazz now have the largest win drop-off compared to their previous season win total, followed closely by Chicago and Indiana.

The following was originally published on July 5th.

One of the bigger initial surprises is that the Lakers are currently pegged to do better than their Staples Center roommate, the Clippers. A lot will ride on the shoulders of Blake Griffin now that Chris Paul is in Houston and oddsmakers expect them to take a big hit.

Speaking of the Rockets, their total of 55.5 essentially matches their total of 55 from last year. Obviously, they exceeded their preseason expectations in 2016-17, but oddsmakers seemingly don’t expect them to do much better despite adding CP3.

Another team with a new superstar is the Thunder. Despite adding Paul George, their 46.5 win total is lower than the 47 wins they were able to amass last season.

Compared to the number of wins last season and the current win totals, the team expected to improve the most is Minnesota (46.5 compared to 31). The addition of Jimmy Butler combined with the maturation of budding stars Karl-Anthony Towns and Andrew Wiggins should result in a much better season.

The aforementioned Clippers team is expected to take the biggest hit (34.5 compared to 51). The Lakers will be Los Angeles’ basketball team of choice in the very near future. Don’t tell Doc, though.

Check back for updates throughout the offseason to see numbers for the unlisted teams as well as odds movement.