How to Bet On Sports > Bet Like A Wiseguy – Value Betting 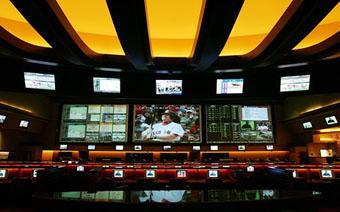 The key to successful sports betting is obtaining value on every bet. Value means getting better than “true” odds on a team. For example, if your objective assessment of the game suggests the underdog should be receiving 3.5 points, but is receiving 6.5 point, then that is a value-betting proposition, also called an “overlay”.

Value betting means betting when you regard the risk: reward ration as being heavily in your favor. And that can often mean betting the underdog. Too many bettors are frightened to back underdogs, but remember that a relatively poor team receiving a large point spread does not actually have to win the game, just lose by less than the points it is receiving. And they frequently do because they better team is only interested in winning and reducing the risk of injury, not covering the point spread.

Oddsmakers are often in a position where they have to issue lines/odds on a large number of games, so their resources are stretched and they are vulnerable. Even with their considerable expertise , they are by no means infallible, so be on the lookout for the so called “soft sports” where you consider that the oddsmaker has failed to judge the game or event properly or ignored a potentially key factor in the outcome.

Pay particular attention to key number in Football, especially 3,4,6,7, and 10, where minor changes in the spread have major implications for value. Even with the 2pt conversion option, changing a line from 6 to 7.5 is a major move; If you liked the under at +6, then you are getting tremendous value at +7.5.In Football, more games are decided by a margin or 3 points than by any other margin. Therefore, a point spread of 2.5 to 3.5 is a critical to the smart bettor.

Go Against The Public

Certain teams traditionally have a strong public following. It might be last year’s champion or a team with a high profile media superstar. Some teams, like the San Francisco 49ers, the Chicago Bulls, Manchester United, and the New York Yankees have captured the public’s imagination and have millions of fans.

The best-value bets can often be found by going against these teams because the oddsmakers adjust the line to reflect the expected weight of public money; so that the underdog is often quested at better odds or receives a larger point spread than is warranted.

Don’t Overreact to the Last Game

A team or player’s current form should be a major consideration in your analysis. But do not over-emphasize the result of their last game of performance, especially high scoring games and “blow outs”. The score may not accurately reflex the performance of quality of either the winning or losing teams.